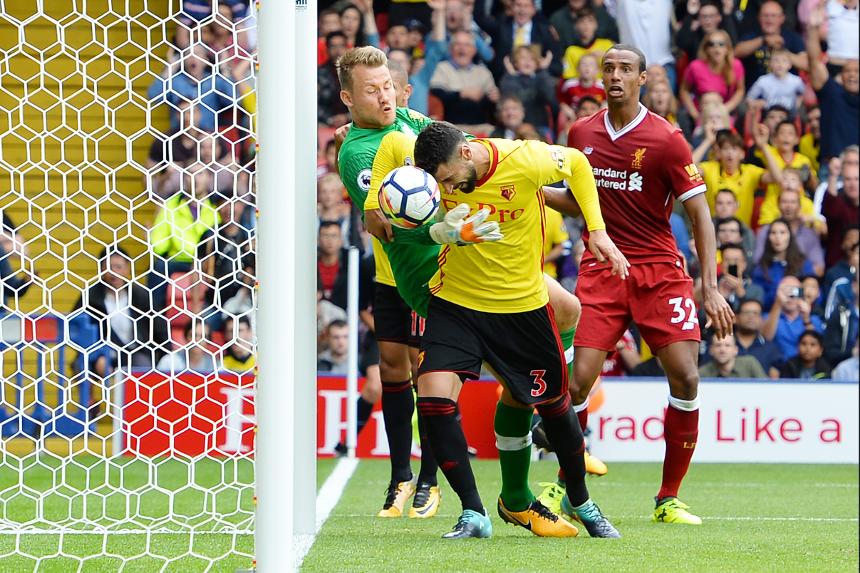 Stefano Okaka had headed in Jose Holebas’s corner to give Watford an eighth-minute lead at Vicarage Road.

But Sadio Mane levelled before the half-hour after a neat one-two with Emre Can.

Less than three minutes later Watford led again through Abdoulaye Doucoure﻿ after Liverpool could not clear.

Ten minutes into the second half and Liverpool were level, when Roberto Firmino converted a penalty after Mohamed Salah was fouled by Heurelho Gomes.

Despite injuries to three players, Watford pulled level as Britos headed in after Simon Mignolet could not keep out Richarlison's shot.