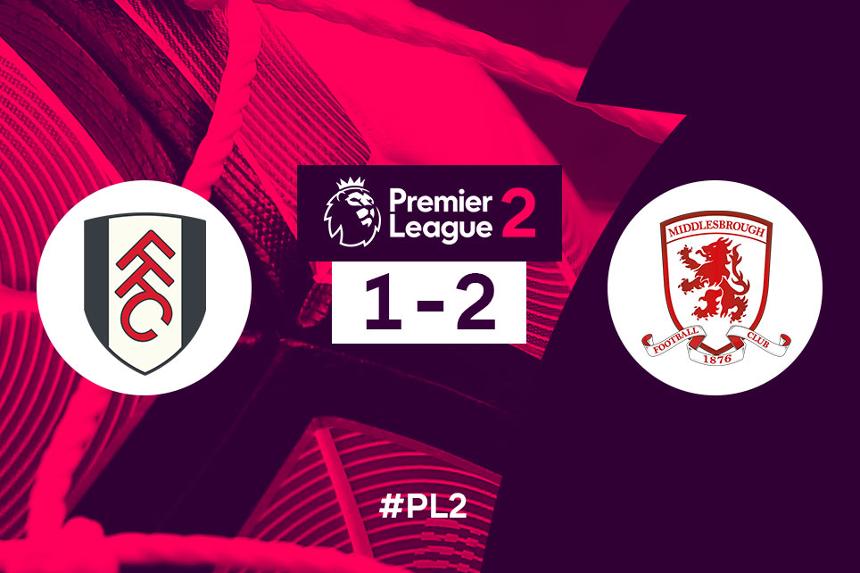 Patrick Reading and Marcus Tavernier scored in each half to give Middlesbrough a 2-1 win over Fulham at Motspur Park in Division 2.

Watched by first-team manager Slavisa Jokanovic, the hosts began brightly, but Boro went ahead when Reading finished a loose ball in the 45th minute.

Boro doubled their lead in the 56th minute, after Tavernier finished off some excellent build-up play.

Fulham responded a minute later, Stephen Humphrys firing into the top corner, but Boro held on for the win.

Middlesbrough next play at home to Norwich City, while Fulham are away to Portsmouth in the Checkatrade Trophy.

U23s get off to a winning start, edging a close game away to Fulham.