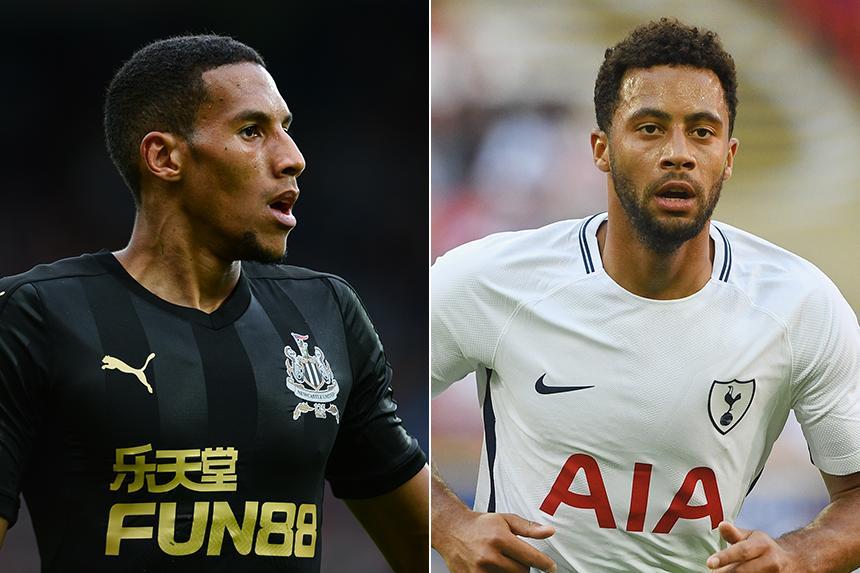 We're all out to impress, says Hayden External Link

Newcastle United and Rafael Benitez return to Premier League action after a one-year absence with a tough opening test against Tottenham Hotspur on Sunday.

Last season, Newcastle were accustomed to dominating possession. But success against Spurs will depend on how quickly they can get the ball off a team that averaged over 60% possession last season.

While Dele Alli and Christian Eriksen provide the creative spark for Spurs, Mousa Dembele is arguably their key man in terms of ball retention.

With a passing accuracy of 92% last season - the highest of any player to make 15 or more Premier League appearances - dispossessing the Belgian will certainly be a tough task for the Magpies.

The man likely to be charged with doing that is Isaac Hayden. The 22-year-old former Arsenal trainee has never played in the Premier League and Sunday's meeting with Spurs promises to be a difficult introduction.

But despite missing over two months with an ankle injury, Hayden made 68 tackles and 53 interceptions last season, more than any other Newcastle midfielder.

He also averaged 77 touches of the ball per 90 minutes - the highest of anyone at Newcastle - and made just over two tackles per game, a figure only bettered by Jack Colback.

See: Why Dembele is important to Spurs without the ball