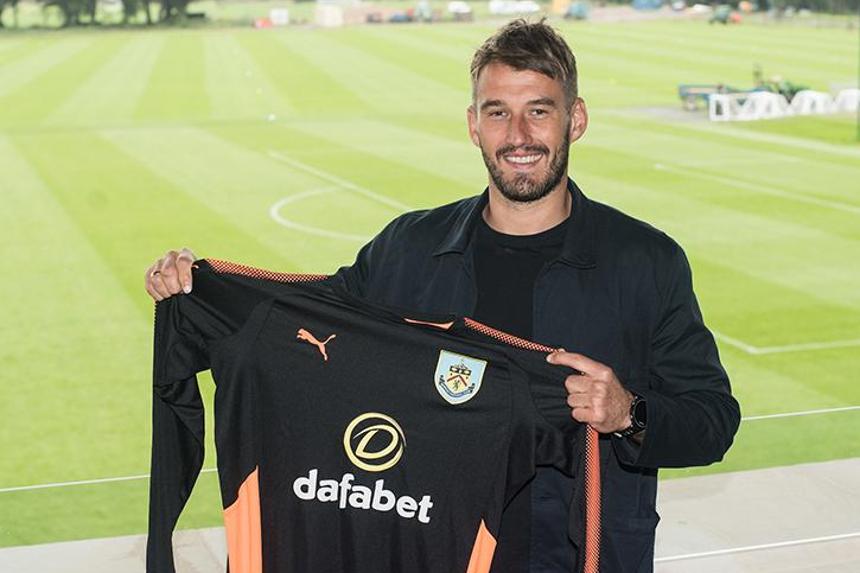 The 30-year-old has agreed a three-year deal with the Clarets and becomes the club’s fifth summer signing.

Sean Dyche's side open their Premier League campaign at Chelsea on Saturday 12 August.