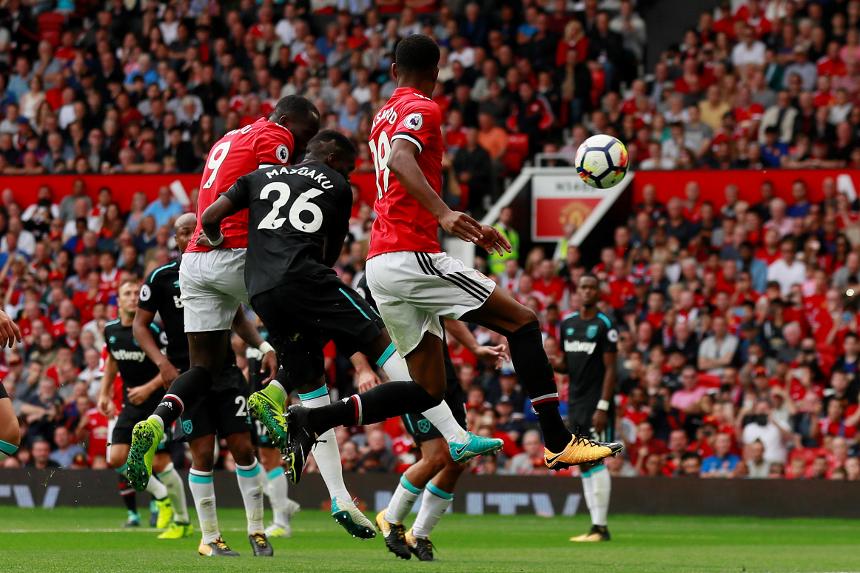 Romelu Lukaku scored twice on his Premier League debut for Manchester United as they started the season with an impressive 4-0 victory over West Ham United.

The Belgian striker, signed from Everton in the summer, found the inside of the post after being teed up by Marcus Rashford on the counter-attack with 33 minutes gone.

Lukaku doubled his tally seven minutes after half-time when he headed in from Henrikh Mkhitaryan’s free-kick.

Rashford’s curling strike flew off the post and across the goalmouth but Jose Mourinho’s men were not denied a third as Anthony Martial slid the ball past West Ham debutant Joe Hart after a superb Mkhitaryan pass.

And then Paul Pogba rounded off the win with a long-range strike after Martial’s pass.