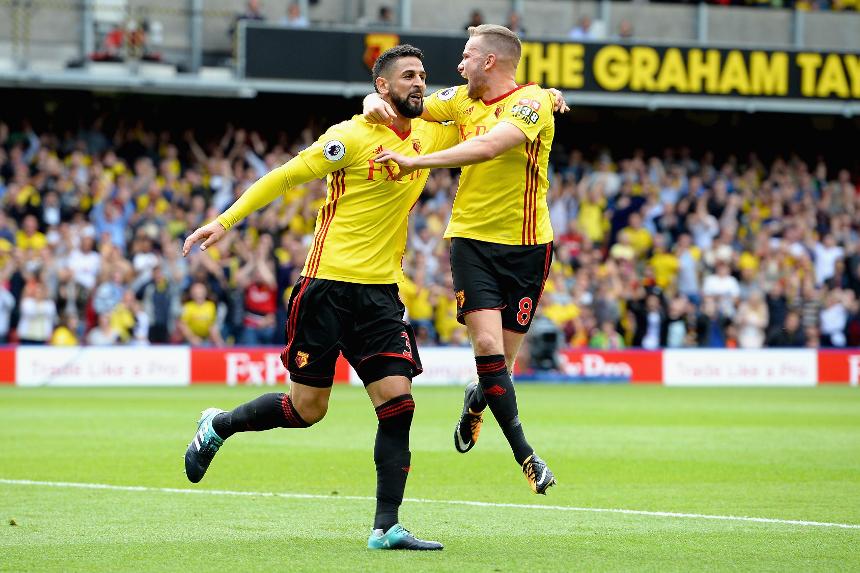 Stefano Okaka had headed in Jose Holebas’s corner to give Watford an eighth-minute lead.

But Sadio Mane levelled before the half-hour after a neat one-two with Emre Can.

Less than three minutes later Watford were ahead again as Abdoulaye Doucoure scored after Liverpool could not clear.

Ten minutes into the second half and Liverpool were level once more after Mohamed Salah was brought down by Heurelho Gomes and Roberto Firmino converted from the spot.

Despite being hit by injuries to Daryl Janmaat, Roberto Pereyra and Younes Kaboul, Watford pulled level as Britos bundled in after Simon Mignolet could not keep out Richarlison's shot.