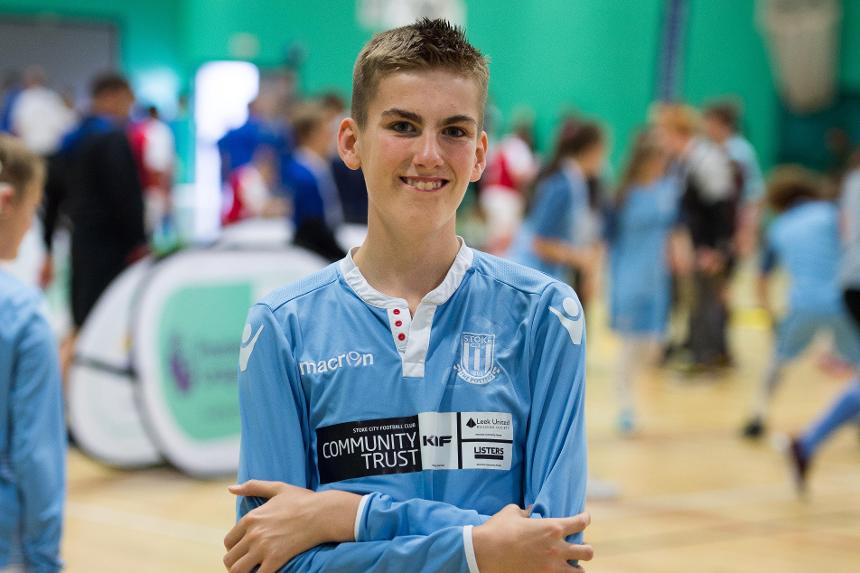 The recent Disability Sport Festival at Stoke Mandeville Stadium not only celebrated the first year of the PL/BT Disability Fund but highlighted how clubs are using the programme to increase opportunity for people with disabilities.

Youngsters from 20 Premier League and Football League clubs took part in athletics, new age kurling and basketball and for 14-year-old Liam, who has learning difficulties, the festival enabled him to show how he has developed and gained confidence with the help of Watermill School in Staffordshire and Stoke City Community Trust.

"Liam hadn't had a lot of opportunity to take part in sport and had poor co-ordination skills when he came to the school," explains Andrea Brown, Watermill School transition co-ordinator.

"To see him take part in the Festival is quite overwhelming for me. I never would have thought that five years ago I would be here with Liam, he has come so far.

"There is opportunity now and doors have been opened for him. It keeps up his fitness and it has given him confidence. His self-esteem has grown."

The PL/BT Disability Fund was launched last year with the aim of inspiring disabled people through sport and since September more than 10,000 have taken part in the programme.

Stoke City are one of the 22 clubs who run the initiative and Watermill School is one of more than 20 local schools that they work with regularly.

"Having Stoke City in the school put us on the map," Andrea says. "To have a Premier League team coming to the school gives the children quite a boost. We are so proud.

"Our children have all got learning difficulties so sport is a big thing for us. Fitness is an issue for some of the children because they can't go out and about in their community, so bringing people in gives them the opportunity to take part in clubs outside the school."

And Andrea believes that having the opportunity to participate in a national event such as the Disability Sport Festival will have a lasting impact on the young people.

"I'm just so proud, it is one of my proudest moments," she says. "The youngsters I brought here have their own little difficulties and you wouldn't think it, they have gelled with the other group and are getting on with it.

"It's wonderful, it's just a dream for all these children that the teams have been brought together and to see all these youngsters trying their best with their disabilities, sport does not stop anybody does it? Everybody is given that equal chance."