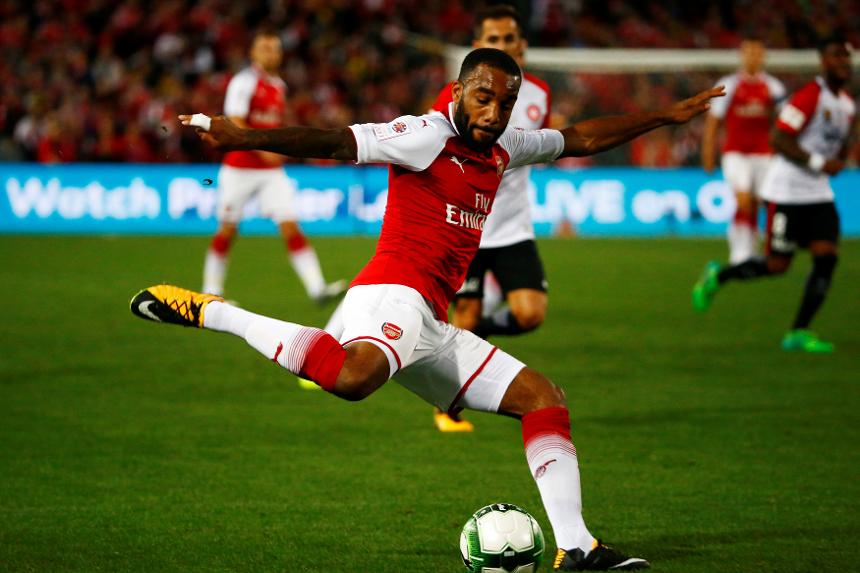 Wenger's latest comments about Alexis External Link
Rooney back to his best in Fantasy?

Arsenal v Chelsea: How we saw it External Link

The Scout watchlist of budget and premium players by position reaches its climax.

Arsenal’s Alexandre Lacazette (£10.5m) has already made an impact in Fantasy Premier League.

The new signing from Lyon has so far claimed 22.4% ownership.

That popularity has left team-mate Alexis Sanchez in the shade. Last season's top FPL scorer is part of only 15.1% of squads.

Lacazette arrives in FPL on the back of 28 goals and three assists in Ligue 1.

He converted 33.3% of his chances last term, a higher rate than any regular forward in Fantasy.

Sanchez, by comparison, scored 18.6% of his shots on goal after a prolonged spell as Arsenal’s central striker.

Crucially for managers, Lacazette is not only expected to fill that central role, but he could also claim penalty duties from Sanchez.

He netted 11 spot-kicks in all competitions last season and has converted 23 of 28 penalties over his career.

But it is not only an eye for goal that makes Lacazette such an enticing Fantasy prospect.

He created a goalscoring chance every 47.2 minutes last season.

To put that into perspective, Chelsea’s Diego Costa (£10.0m), who earned more assists (11) than any FPL forward, created one every 73.4 minutes.

Lacazette also made 31 successful tackles last season. That would have ranked third among FPL forwards and boosts his prospects in the Bonus Points System (BPS).

He scored on his debut against Sydney FC and the opening schedule hands him the chance to maintain that momentum.

Having dented the pre-season popularity of Sanchez, Lacazette has the all-round talent to surpass his team-mate for FPL points in 2017/18.