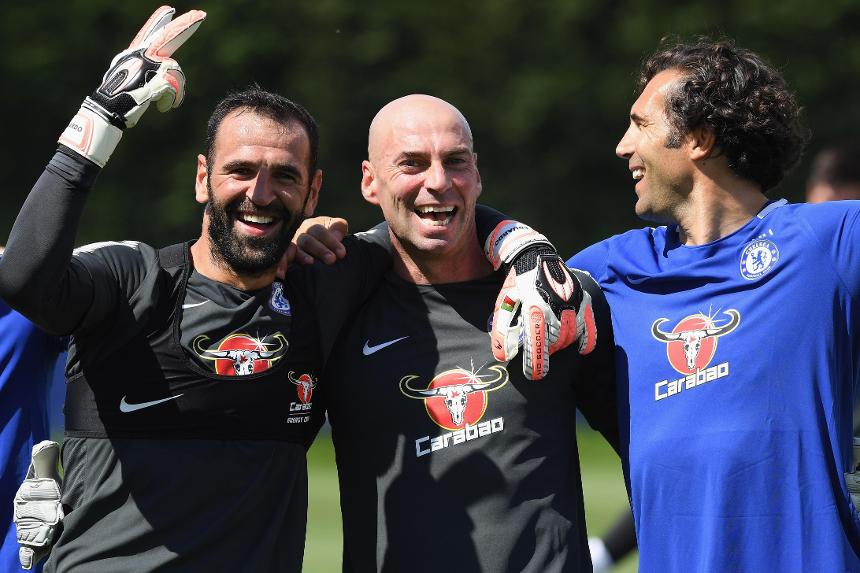 Willy Caballero is looking forward to meeting the high standards set by his new Chelsea team-mates and is aiming to help Thibaut Courtois and Eduardo get even better.

In his first interview since arriving on a free transfer from Manchester City Caballero revealed why he was so eager to stay in the Premier League, as well as explaining why he has been so impressed with his fellow goalkeepers, especially Courtois.

"We played against each other three or four times in LaLiga, and he showed when he was younger what a good keeper he is," the 35-year-old told chelseafc.com. "We had the opportunity to talk after games. The players that he played with they told me he is a good guy.

"There is a fantastic group of keepers, and I already know in just a few days that I am really happy with Thibaut and Eduardo. I will try to achieve their level and help them if I can in some ways."

.@willy_caballero on his decision to join the Blues, his first impressions and aims for the new season...👇 https://t.co/eN7oiq6yqJ