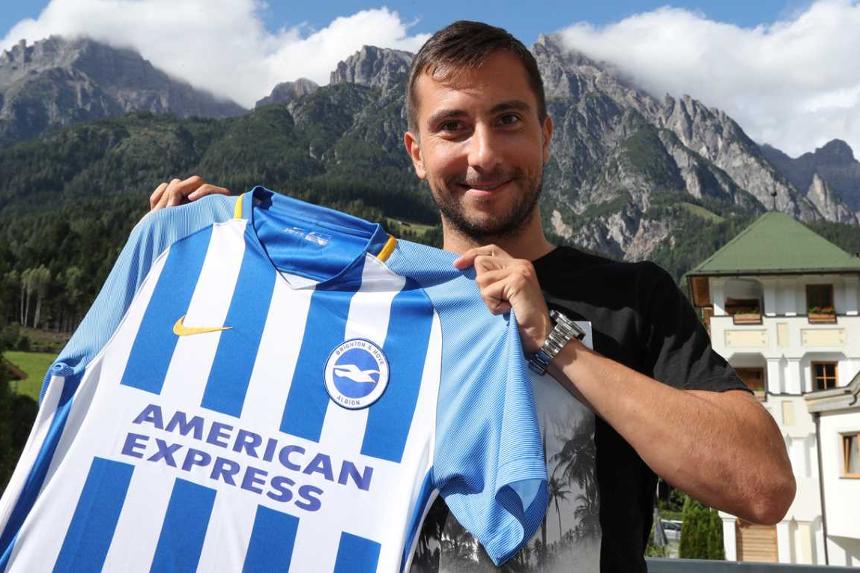 Experienced Austrian left-back joins from Ingolstadt for an undisclosed fee

Brighton & Hove Albion have announced the signing of Markus Suttner from Ingolstadt for an undisclosed fee.

The Austrian left-back has joined on a three-year deal and joined Albion's pre-season training camp in the Austrian Alps.

"Markus is someone we have been aware of for some time, and I am pleased we have managed to complete the transfer at this stage, and he is now able to join us for the second half of the week,” the Brighton manager Chris Hughton told brightonandhovealbion.com.

The 30-year-old is Brighton’s fourth summer signing ahead of their first Premier League campaign, which opens at home to Manchester City on 12 August.

See: Hughton on why he signed Suttner