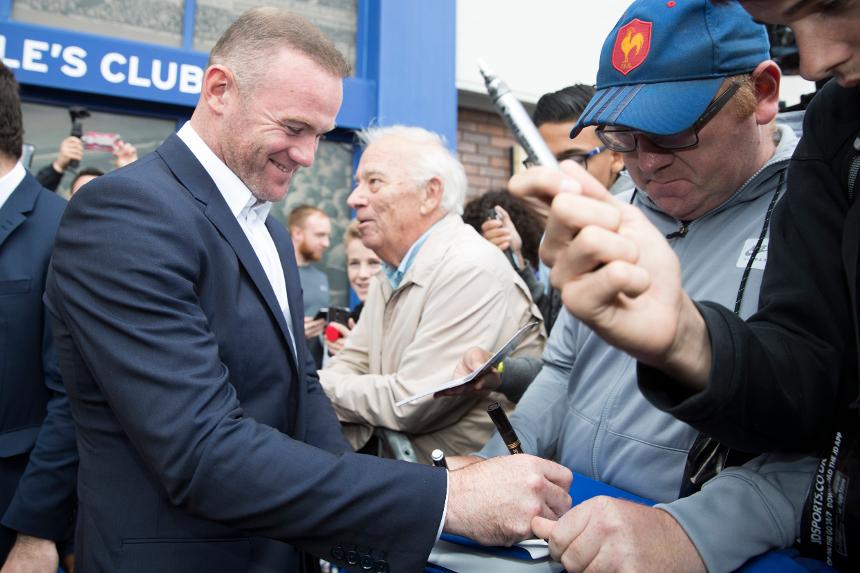 'Wayne will help us thrive on pressure' External Link

Wayne Rooney's Goodison Park homecoming may have delighted the Everton fans, but the excitement of the Toffees supporters has nothing on the buzz in the Rooney household.

"My kids - my oldest lad especially knows about football and is an Evertonian – are delighted that I’ve come back," says Rooney of his return to his boyhood club 13 years after leaving for Manchester United.

"My eldest lad was the happiest out of everyone, my dad, too, who is a massive Evertonian. He’s gone to watch for the last 13 years in Manchester and now he’ll have a five-minute drive to watch me so I think he’s really happy."

See: Rooney: It will be emotional