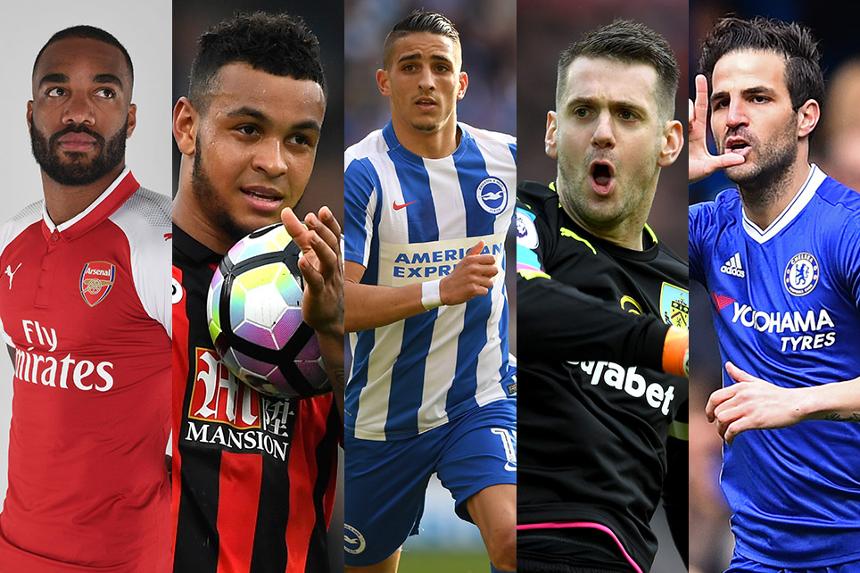 FPL Draft: What you need to know
Friendly signs can lead to early FPL joy
Allow Abraham time to find his Fantasy feet

It will cost £10.5m to get Alexandre Lacazette in your Fantasy Premier League team for the new season.

Arsenal’s summer signing claims a big ticket price on the back of 28 goals in 30 Ligue 1 appearances for Lyon last term.

We must wait for when Fantasy Premier League is launched next week to know the valuations for Mesut Ozil and Alexis Sanchez﻿, with the latter’s position a major factor in deciding Lacazette’s FPL popularity.

Josh King could be an option to help balance the books for those considering the Frenchman.

Used as a central striker or a No 10 last season, King scored 16 goals for AFC Bournemouth last season as an FPL midfielder.

Jermain Defoe’s valuation will be key to King’s appeal, with manager Eddie Howe's side set to attract plenty of interest among managers shopping for mid-price options.

That will put many managers on alert, with the Brighton & Hove Albion playmaker, the Championship Player of the Year, returning 15 goals and eight assists in 2016/17.

Equally, Cesc Fabregas, priced at £7.0m, could be outstanding value as a third or fourth midfield pick.

Fabregas will turn heads if he can cement regular starts in the Chelsea midfield.

He was a consistent points scorer over the season run-in, providing six assists and a goal from his last six appearances.

The Burnley captain topped the goalkeeper ranks for 2016/17 with 149 points.

He provided 10 clean sheets and broke the FPL record for a goalkeeper’s bonus points, supplying 21 in total.

Heaton will be tipped to challenge the top stoppers once again, although the departure of centre-back Michael Keane will make FPL managers wary of early investment.