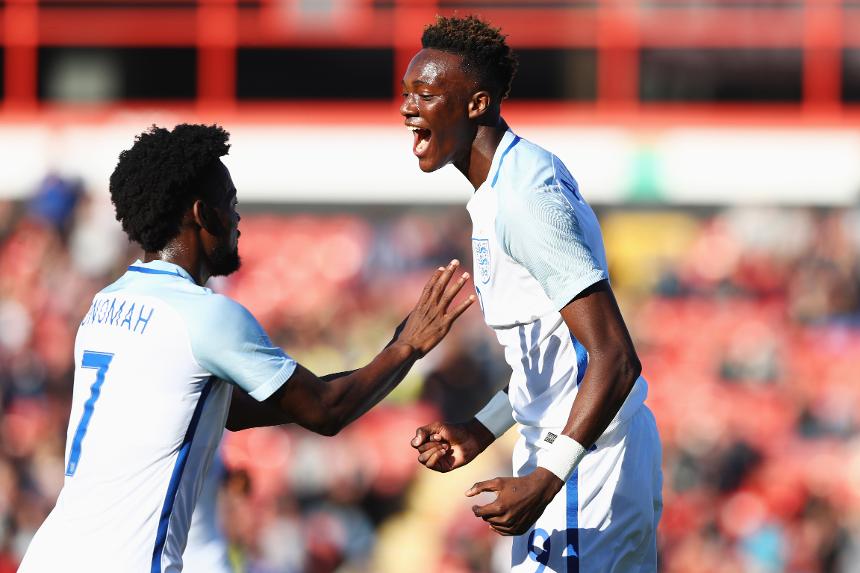 Swansea City have signed Tammy Abraham on a season-long loan from Chelsea.

The move came after Chelsea announced that the 19-year-old striker had signed a new five-year contract at Stamford Bridge.

Abraham scored 23 Championship goals on loan at Bristol City last season. This summer he helped England reach the semi-finals of the UEFA Under-21 European Championship.

He revealed Swansea defender and England U21 team-mate Alfie Mawson played a part in his move to the Liberty Stadium.

"He said it was a good club and a great place to get your head down, work hard and concentrate on your football," Abraham told swanseacity.com﻿. "He said it would be a great move for my ongoing development.’’

💬 “I’m really excited."@tammyabraham relishing opportunity to prove himself with the #Swans...