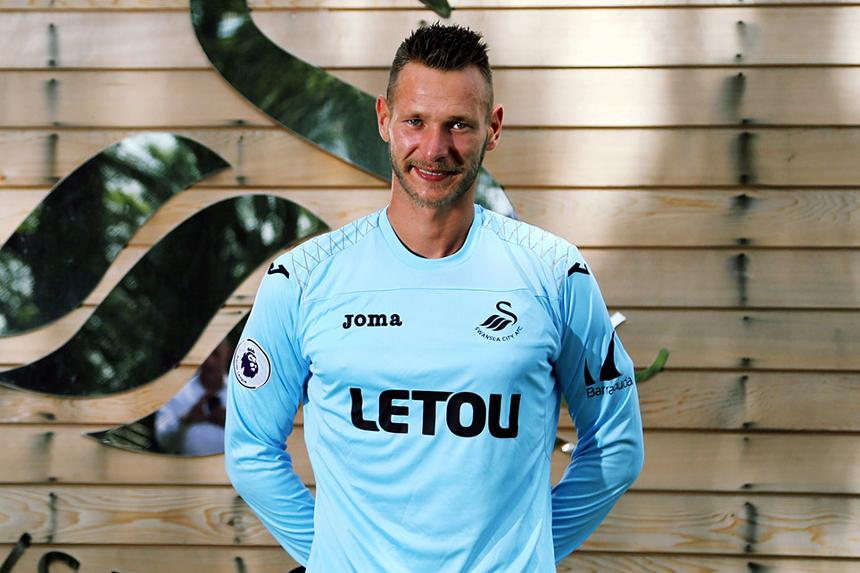 Swansea City have announced their first signing of the summer transfer window with the acquisition of Dutch goalkeeper Erwin Mulder.

Mulder, 28, has agreed a three-year deal to join the Swans on a free transfer from Eredivisie side Heerenveen on 1 July.

“I am very happy to be here,” he told swanseacity.com. “The Premier League is the biggest league in the world. As a player, you want to be part of that.”

Mulder will compete with Lukasz Fabianski and Kristoffer Nordfeldt for the No 1 jersey and may get his first chance to impress on 12 July, when Swansea play their first pre-season match at Barnet.

✍️ We are pleased to announce Erwin Mulder is our first signing of the summer...