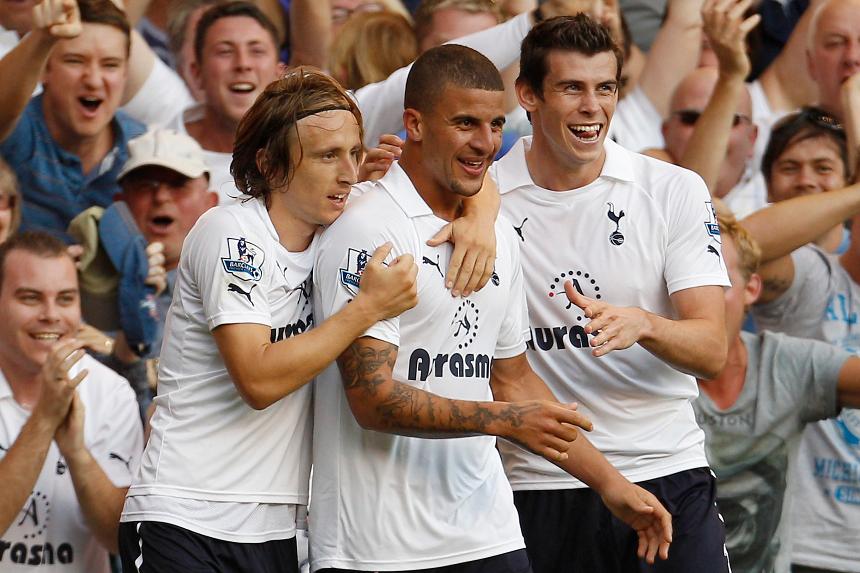 'A tricky start and we'll be ready' External Link

'Beat my 49? If anyone can, Harry can' - Clive Allen External Link

Kyle Walker turned to a mix of past and present Tottenham Hotspur stars when asked to select his dream five-a-side line-up of Premier League team-mates.

One of Walker's picks was midfielder Luka Modric, whose four seasons at White Hart Lane between 2008 and 2012 left a mark on the right-back.

"He was a magician," he says in the video below.

"One of the best, if not the best player I've ever had the chance to play or train with. I'm lost for words that's how good he was."

Walker's biggest selection headache came up front, where he was forced to choose between two "fox-in-the-box" strikers ideal for five-a-side football.