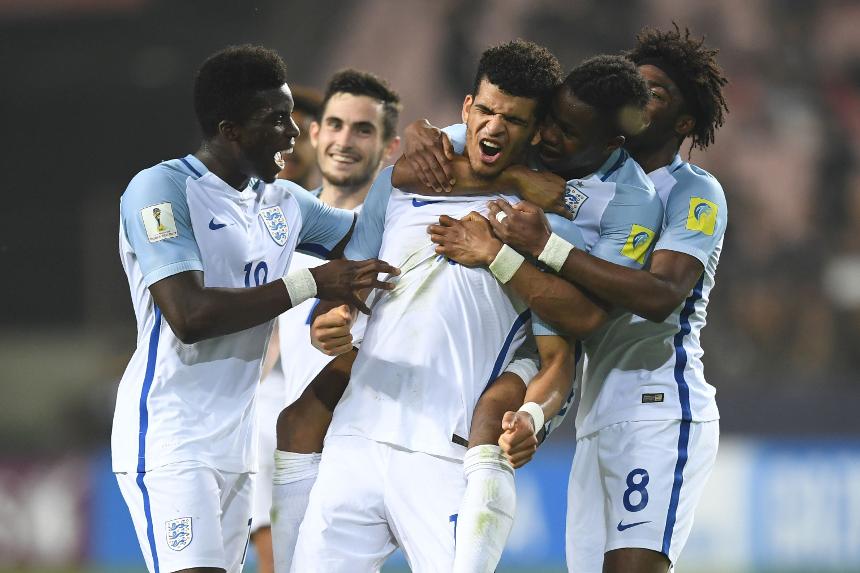 Solanke, pictured centre above, took his goal tally in the tournament to four as England came from behind to beat Italy 3-1 at the Jeonju Stadium, in South Korea.

The forward is set to join Liverpool from Chelsea next month.

England will play Venezuela in the final on Sunday.