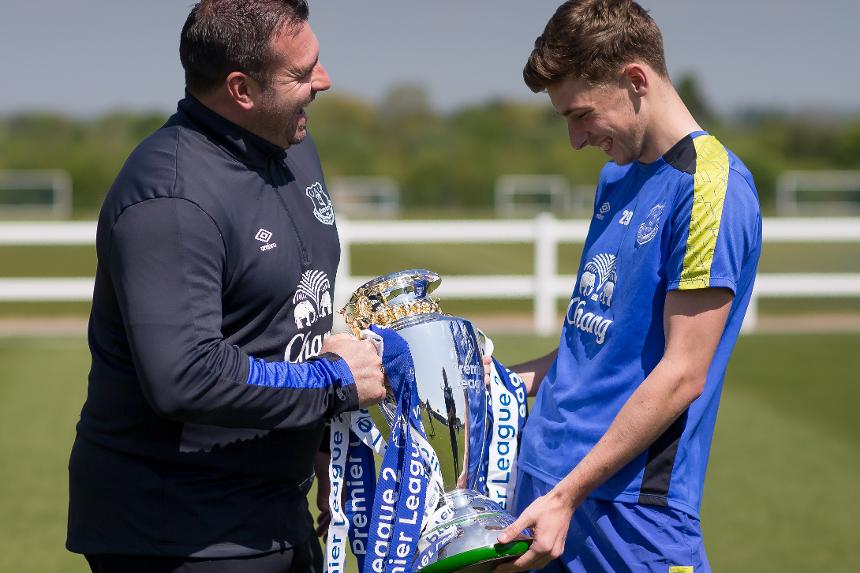 The new Premier League 2 has replaced the U21 League and clubs such as inaugural champions Everton are seeing the benefits.

This season saw the introduction of Premier League 2, replacing the U21 league and extending the age range to incorporate U23s. Designed to establish Premier League 2 as a standalone competition, these changes are already improving opportunities for Academy players to move into the first team.

Everton were crowned champions of the inaugural Premier League 2 season, and manager David Unsworth is impressed with the changes, "The quality's been better, the standard's been better. The results have been close and tight and it's been a great season.

"I've no doubt that next year will be even better."

His winning side are already making inroads towards the first team.

The club has a proud tradition of nurturing and developing talent, and their Category 1 status, coupled with their commitment to the Premier League's Elite Player Performance Plan is bearing fruit.

All-action midfielder Tom Davies has already made his mark in the Premier League, and fellow academy graduates Ademola Lookman, Dominic Calvert-Lewin, Mason Holgate and Matthew Pennington have all featured in Ronald Koeman’s senior side.

Midfielder Joe Williams, 20, is highly thought of on Merseyside - Unsworth says that he's "in a rush to get to the top, which is brilliant" - but the Liverpool-born youngster, who has been at the club since he was seven, is well aware of the challenge ahead.

"I was injured at the start of the season," he explains. "So I just tried to learn as much as I could off the pitch and take bits from every player around me.

"I would watch the first team really closely and look to develop that way. But coming back, and winning the league has been brilliant, and the lads deserve it.

"We know we need to take what we’ve learnt this season and use that experience to push us on."

Like Williams, Unsworth's appetite for learning hasn't wavered, despite considerable success this term.

"At Everton we have always had managers that aren't afraid to put a young player in. Every manager that I've ever known has pitched players in when they're ready. Irrespective of their age. And what we've got here are a set of coaches and staff that all know what the Everton values are."

increase in time played with an average of   minutes