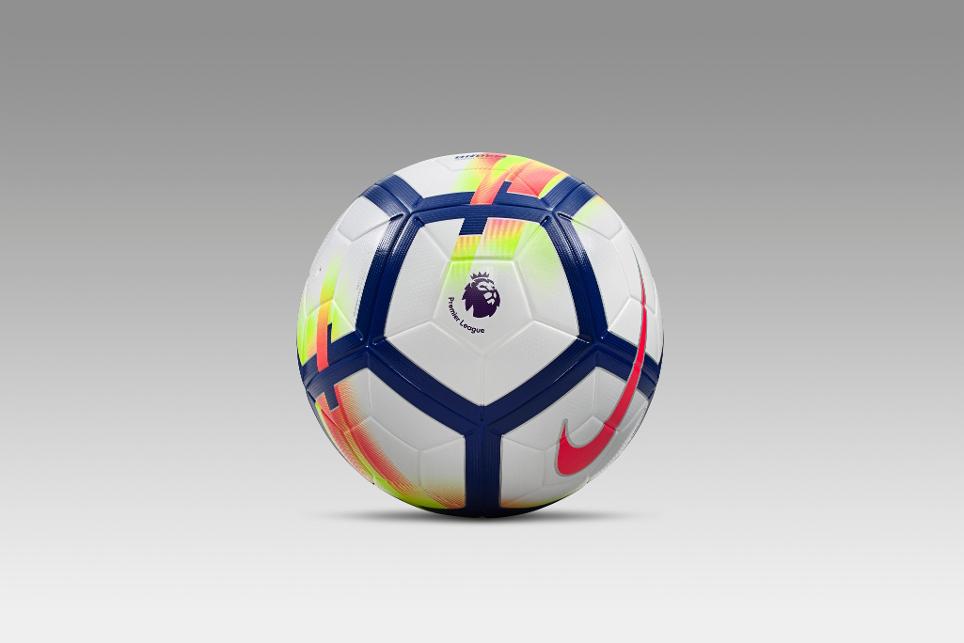 The 2017/18 season will feature the introduction of the Nike Ordem V, marking Nike’s 17th season as the official ball supplier for the Premier League.

Extensively tested by some of the world’s leading players in its development phase, the Ordem V is a performance-orientated piece of design.

A unique construction distributes pressure evenly across the ball to ensure an accurate strike while Aerotrac grooves in the surface help ensure a stable flight through the air.

In addition, graphics are printed on to the surface using a 3D ink that creates a textured feel for enhanced grip and feel.

Football is becoming ever faster, and the Ordem V is designed to keep pace with this.

Its Distorted Motion Graphic flickers as the ball rotates, helping players catch sight of the ball quicker and so make rapid decisions as they react to the game around them.