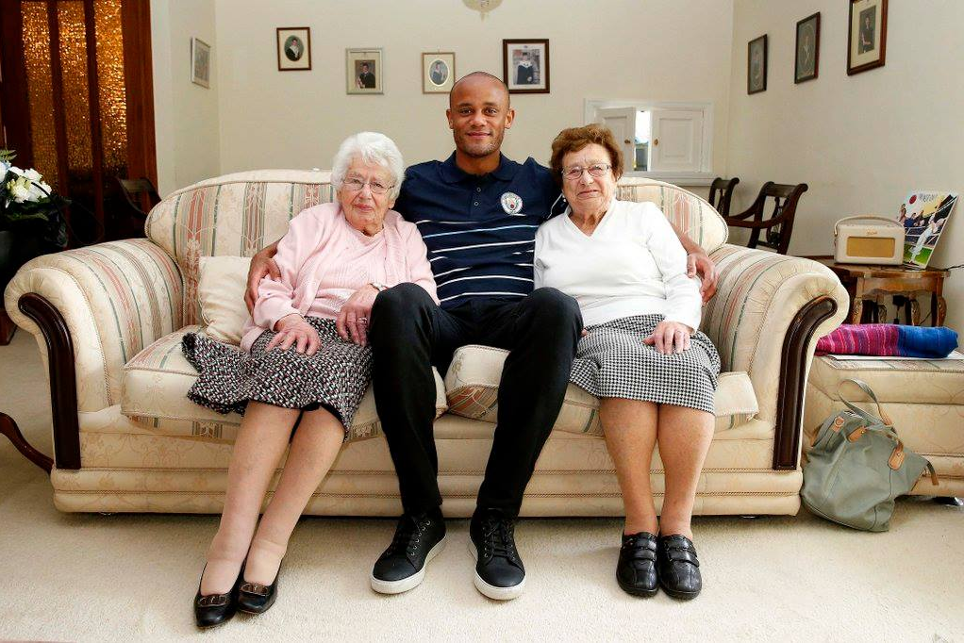 Manchester City’s first-team squad showed how much the support from their fans means with a host of surprise visits throughout the city at the end of the Premier League season.

Hitting the streets of Manchester today to make sure our fans know that we're #nothingwithoutyou! 💙 #mancity pic.twitter.com/tbhGrYtECB

While Brazilian City trio Gabriel Jesus, Fernandinho and Fernando showed off their skills on a specially constructed beach outside the National Football Museum in Manchester, there were also 11 unique visits for fans to treasure.

The video above tells the story of the day, including Raheem Sterling trying his hand at knitting, Yaya Toure giving unsuspecting Shirley Leonard a 50th birthday to remember and captain Vincent Kompany having a cup of tea and a slice of cake with 101-year-old Vera Cohen.