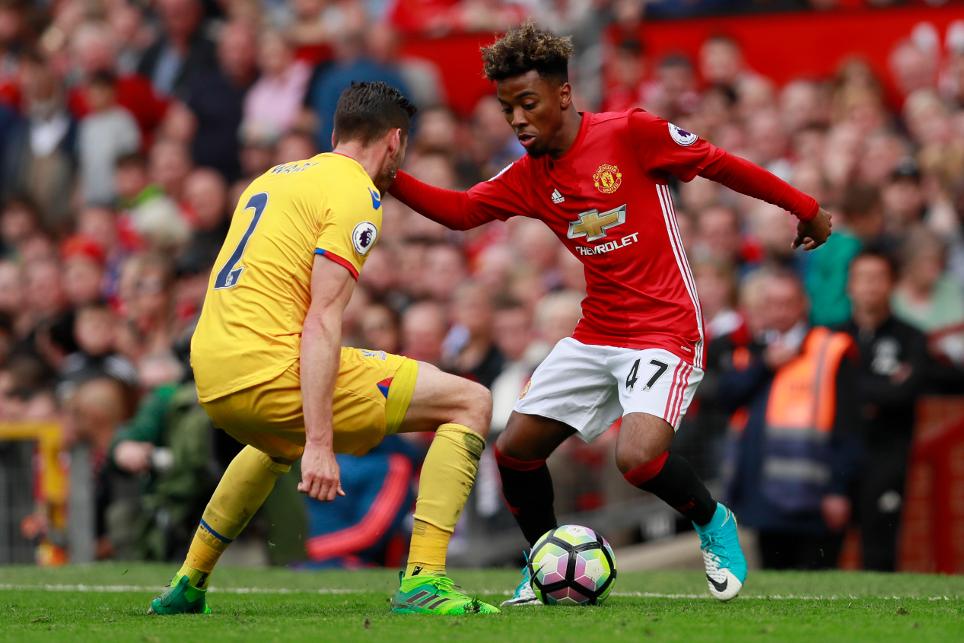 Harrop 'over the moon' with debut goal External Link

Local boy Angel Gomes fulfilled his dreams as his Manchester United debut on Sunday made him the first player born in 2000 to play in the Premier League.

Ten years ago Gomes posed for a picture with Wayne Rooney in the same year he joined the United academy and yesterday the 16-year-old came on for his idol in the 2-0 win over Crystal Palace.

After making #MUFC history this afternoon, @AGomes_47 is grateful for the faith shown in him... pic.twitter.com/LxWkkFQSwR

"Obviously, it's a dream come true," Gomes told MUTV. "I've been here since the age of six, working my way up and it's what everyone dreams about.

"I just want to thank the manager for putting me on the bench and playing me today, and all the staff back at the club and everyone who has helped me. I'm from Manchester, Salford and it's literally down the road. It's just unbelievable."

10 yrs later! Young boy with dreams 🙌🏽 anything is possible if you believe ! @ManUtd pic.twitter.com/SI8N7haTN8

Gomes, the England Under-17 captain, became United's youngest debutant since Duncan Edwards in 1953, turning out at the age of 16 years and 263 days.

His landmark day came on the same afternoon Jose Mourinho fielded the Red Devils' youngest starting XI in the Premier League, with an average age of 22 years and 284 days.