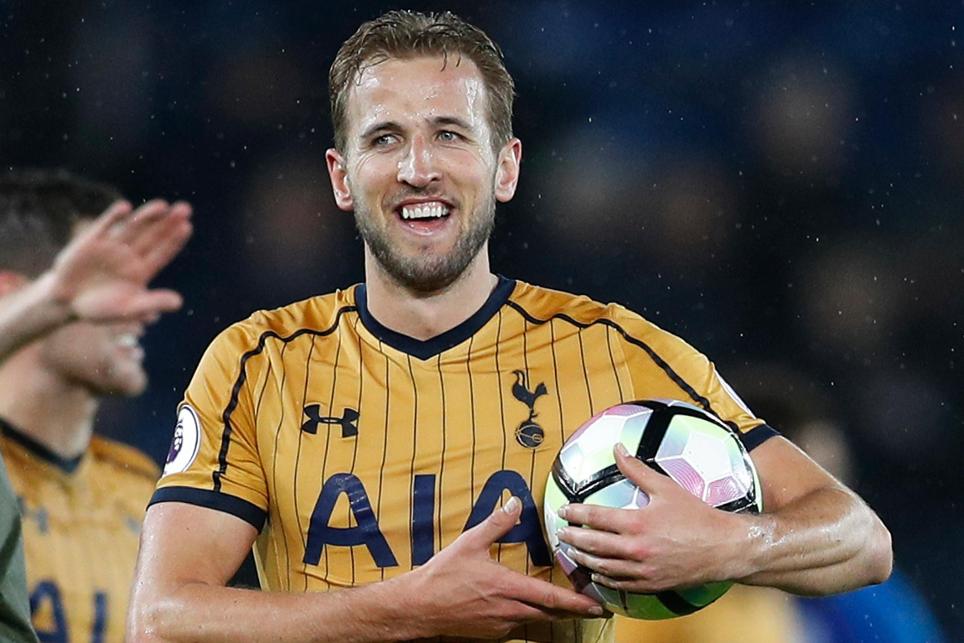 Harry: "It was the perfect night" External Link

After Leicester's Jamie Vardy had a shot saved by Hugo Lloris, Son Heung-min cut the ball back for Kane to open the scoring on 25 minutes.

Son then added a second after a deft, lofted pass from Dele Alli but Ben Chilwell pulled a goal back for the hosts in the second half after Lloris came out of his goal and was unable to clear effectively.

Kane nodded in from close range on 63 minutes while Son made it 4-1 by bending the ball into the bottom corner.

Kane then fired in two late strikes to move on to 26 Premier League goals, two clear of Everton's Romelu Lukaku with one match left to play.