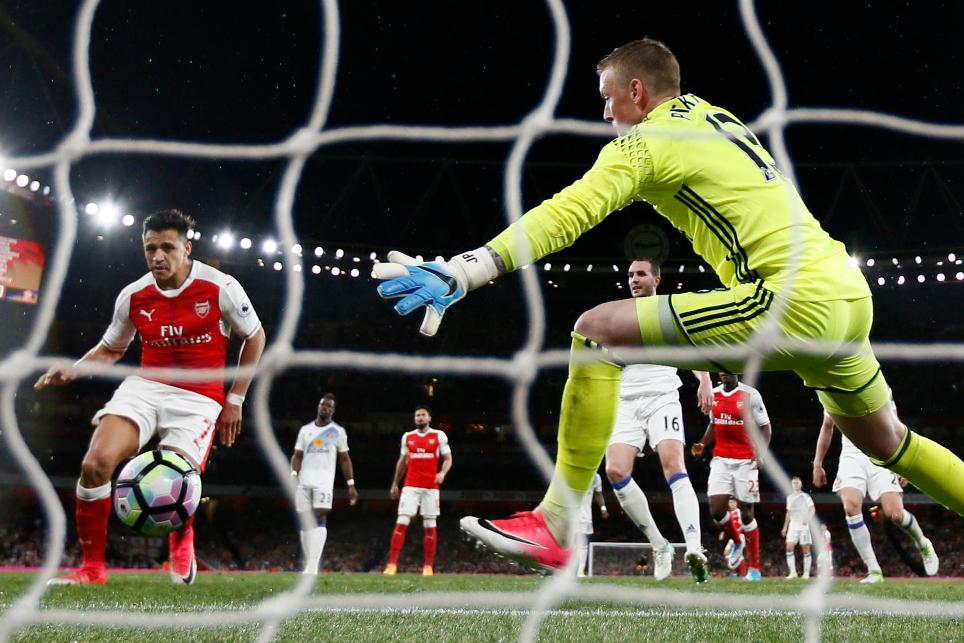 Watch the goals from the Sunderland win External Link

The playmaker was at the hub of the Gunners' attacking ploys, recording a staggering 12 key passes; four more than any other player in a single match this season.

Ozil completed 90% of his 85 attempted passes in the Emirates Stadium clash, providing the assist for Sanchez's opening goal while also completing three dribbles to end on a tally of 41 in the Bonus Points System (BPS).

Despite his two goals, Sanchez was left trailing with a BPS score of 35.

The Chilean completed four dribbles but was also tackled on five occasions, missed the target with three shots and committed three fouls.

Sunderland goalkeeper Jordan Pickford (£4.2m) was outstanding in defeat, earning 33 in the BPS and a single bonus point.

He made 11 saves, his best tally of the season, along with 14 recoveries.

With Arsenal recording 36 shots on goal, the ICT Index scores were among the highest on show this season, with Ozil the top performer.

His Creativity score of 172 underpinned an overall Index tally of 24.3 – comfortably his best single-match total of the campaign.

Ozil's 12 chances created were conjured from 15 crosses, with nine of those attempts finding a team-mate.

Sanchez ranked second in the Index (19.5), having produced nine shots on goal, equalling his previous best tally in a single match against West Bromwich Albion back in Gameweek 18.

Four of those nine shots arrived from inside the Black Cats' penalty area, although he found the target with only two attempts, scoring with both.

Going into back-to-back double Gameweeks, Sanchez had supplied only a single goal in six starts.

But he raised his game to provide for FPL managers, delivering 41 points over his last four matches to reinstate himself as FPL's most potent attacking force.

The Chilean is now 40 points ahead of his nearest rival – Chelsea's Eden Hazard (£10.6m) – as the top-scoring asset across the four positions.

Ozil's form has also been pivotal over Arsenal's double Gameweeks.

The German has produced a goal and two assists from 22 scoring chances created. He has supplied a key pass every 16 minutes over his last four outings, compared with one every 32 minutes prior to Gameweek 36.

In defence, Arsene Wenger's switch to a three-man backline has produced four clean sheets from the last six Gameweek matches, with only three goals conceded.

Petr Cech (£5.4m) and Nacho Monreal (£5.9m) have been the only ever-presents in the Arsenal rearguard over those fixtures.

The Gunners now host an Everton attack on the final day that has scored only two goals in their previous four away trips, returning blanks in their last two.