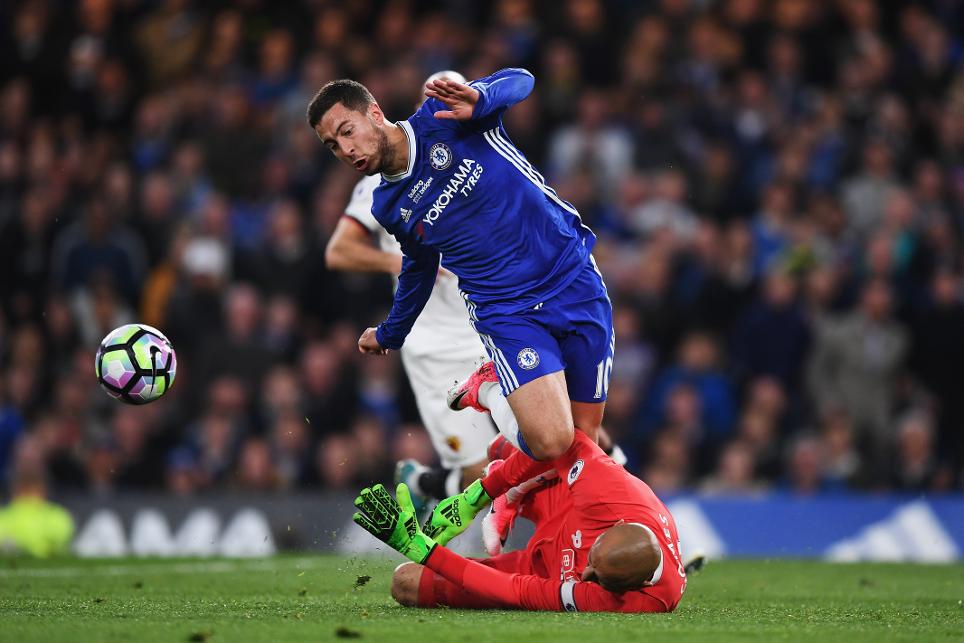 In his second start of the season, the Frenchman earned the assist for Chelsea's opening goal and completed 91% of 48 pass attempts.

That meant he edged out midfielder Willian (£7.0m), who recorded a BPS tally of 31.

SCOUT: Fabregas has now returned either a goal or an assist in 10 of his last 11 GWs at home - 4 goals, 9 assists#FPL #CHEWAT pic.twitter.com/WZ4TtoQquM

His pass to Cesc Fabregas (£6.9m) for the winning goal was one of seven chances created by Willian, who also registered an impressive 15 recoveries.

He claimed a first goal of the season for Chelsea's second and also won three tackles to total 29 in the BPS.

That single bonus point took Azpilicueta to 22 this season, three more than any other FPL defender.

Chelsea's attack dominated in the ICT Index, having recorded 24 shots on goal.

Willian top-scored on 16.3 - his best tally of the season.

Scoring Chelsea's third goal to net in back-to-back matches, the Belgian registered a total of five shots, four of which arrived from inside the penalty area.

Hazard was a surprise starter in a Chelsea line-up that included nine changes from the XI that earned Friday's 1-0 victory at West Bromwich Albion.

Owned by over 1.5 million FPL managers, he completed 90 minutes for the first time since Gameweek 33, but provided a third successive blank to score only five points over his two Gameweek 37 fixtures.

It was only Hazard's second blank in his last eight home matches but was enough to raise further concerns ahead of a final day Stamford Bridge meeting with Sunderland.

Head coach Antonio Conte may now consider resting Hazard for that fixture with the FA Cup final against Arsenal in mind, although he would seem likely to recall a cast of first-team regulars for the visit of the Black Cats.

That could include striker Diego Costa (£10.5m).

The Spain international was second only to Manchester City's Gabriel Jesus (£8.9m) for acquisitions going into Gameweek 37, with 162,000+ FPL managers drafting him in.

Like Hazard, Costa is part of more than 1.5 million squads and was also backed by 541,936 (12.8%) as the Gameweek's most-captained player, but, as an unused substitute on Monday night, produced a mere two points over his pair of fixtures.

Fabregas could also earn a recall for the Gameweek 38 fixture, having been restricted to a 12-minute cameo against the Hornets.

That failed to stall a sustained run of FPL form, with his winning goal ensuring that Fabregas has returned attacking points in 10 of his last 11 Stamford Bridge outings.

At the back, Azpilicueta retained a starting role as he continued his recent surge of FPL returns.

An eight-point tally took him to 20 points for Gameweek 37, having been snapped up by 22,000+ prior to Friday's deadline.