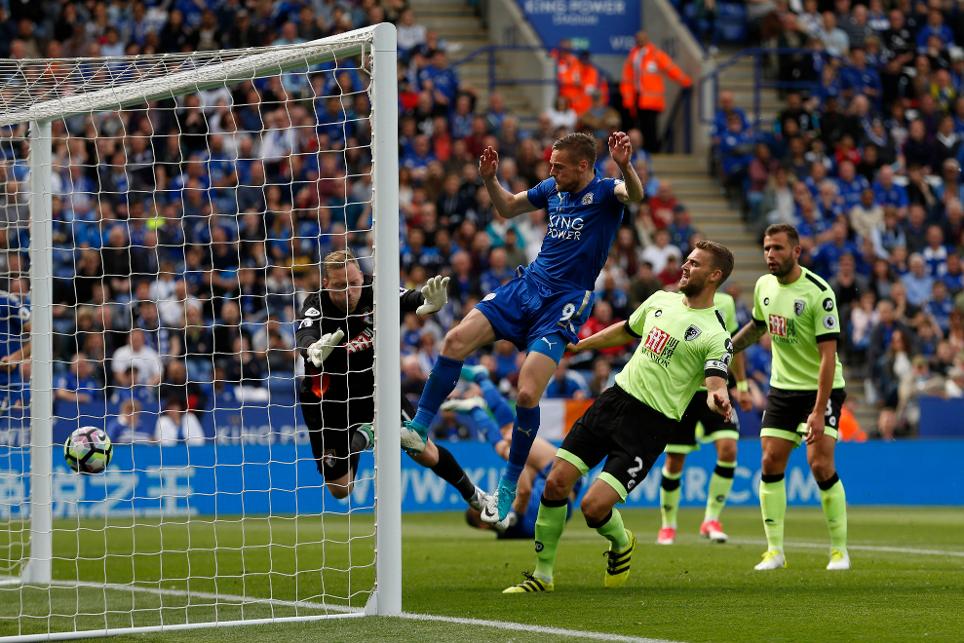 Vardy poached his 13th Premier League goal of the campaign after Islam Slimani headed Ben Chilwell’s cross back across goal.

AFC Bournemouth had taken the lead inside the opening minute when Junior Stanislas slammed home a rebound after Kasper Schmeichel blocked a shot from Lys Mousset.

Leicester piled on the pressure after their equaliser but could not find the winner.

Simon Francis cleared a Vardy effort off the line while the England striker was also denied by goalkeeper Ryan Allsop.

Leicester finished the season in 12th place while Eddie Howe's side came ninth in their second Premier League season – the highest finish in their history.