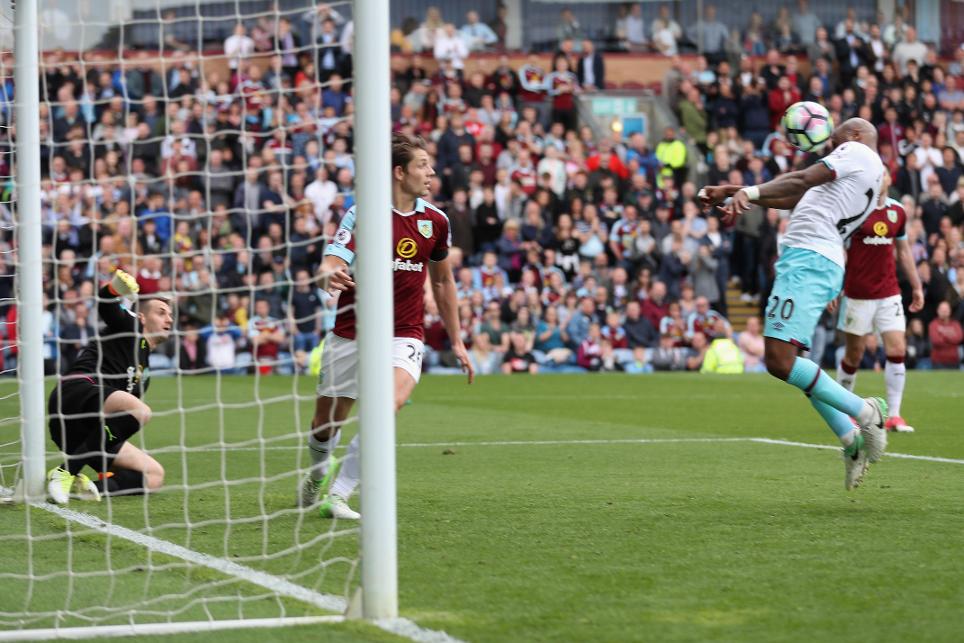 West Ham United hit back from a goal down to finish their season with a 2-1 win at Burnley.

Sam Vokes had put the Clarets ahead with his fifth goal in five matches after Scott Arfield failed to connect with Andre Gray’s cross.

Sofiane Feghouli quickly equalised for the Hammers with a low shot after Andre Ayew backheeled a pass from Edimilson Fernandes into his path.

And it was Ayew who headed the Hammers’ winner from close range after Tom Heaton had tipped a Fernandes shot on to the bar.

Manuel Lanzini nearly made it three but his free-kick landed on the roof of the net.