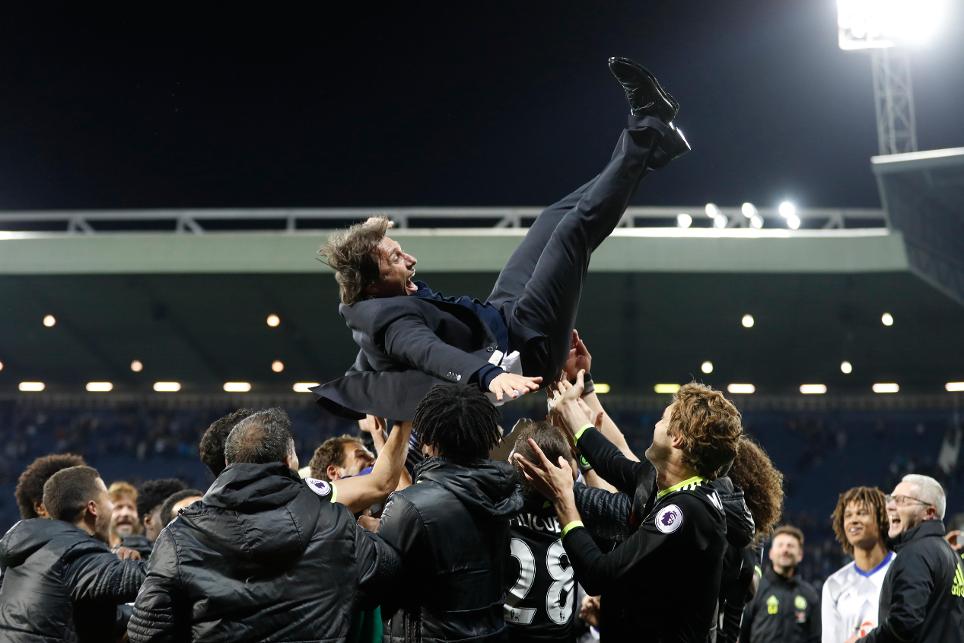 Chelsea manager Antonio Conte said that he was "living a great emotion" after winning the title in his first season in the Premier League.

A late goal by Michy Batshuayi gave the Blues a 1-0 win at West Bromwich Albion and an insurmountable 10-point advantage at the top of the division with two matches remaining.

"It’s amazing," Conte, who brought on the match-winning goalscorer with 14 minutes remaining, told Chelseafc.com. "I want to say thank you to the players, to the staff and the club who always supported me."

The west Londoners had managed just 10 points from their opening six matches, but after changing to a 3-4-3 formation following a 3-0 defeat by Arsenal on 24 September they embarked on a 13-match winning run that helped propel them towards the title.

"The Arsenal game was frustrating for me because I didn’t see anything of my work and my idea of football," Conte said. "I found the strength to change, to take responsibility to change systems and find a new fit for the players.

"It was the key moment for us because every single player found in the system their best."

Conte is only the fourth manager to win the Premier League title in his first season in charge – after Jose Mourinho, Carlo Ancelotti and Manuel Pellegrini – and his side are just two matches away from achieving a Premier League record of 30 victories in a campaign.

"It’s great. Thanks to our fans, they are incredible. The players and fans have to stay always together, win or lose, but always to fight.

"I’m living a great emotion at this moment."