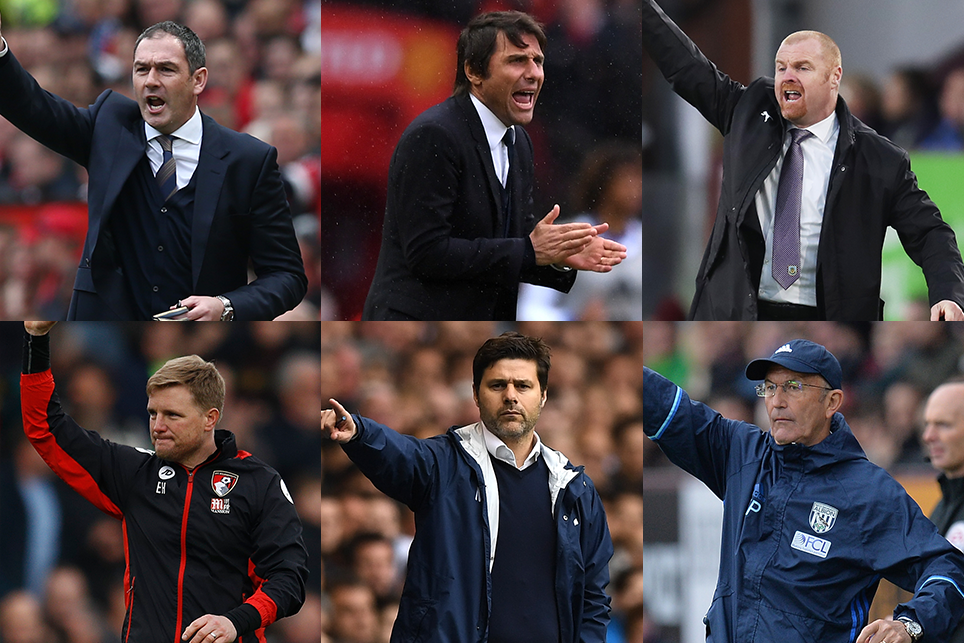 You can help decide which of Conte, Pochettino, Pulis, Howe, Dyche and Clement win the award

You can help decide the winner of the Barclays Manager of the Season award for 2016/17, by voting for one of the six shortlisted for their achievements this campaign.

Decide who deserves the award by casting your vote above before the 23.59 BST deadline on Wednesday, 17 May and it will be combined with those of a panel of football experts to determine the winner.

Barclays Manager of the Season contenders

Swansea were four points adrift at the bottom on a four-match losing streak when Clement took charge on 3 January, but eight wins, including a a first for the club at Anfield, led Swansea to safety.

A switch to a 3-4-3 formation in September proved the turning point to Chelsea's season, triggering a 13-match winning run that propelled the side, and the three-time Barclays Manager of the Month winner, to a fifth PL title in the Italian's maiden campaign.

AFC Bournemouth's presence in the Premier League will extend to a third season for Howe's exciting side, who won over neutrals with the marauding runs of defender Charlie Daniels, the 16 goals of Joshua King and goalfests such as the 4-3 win over Liverpool.

Spurs' transformation into a title-contending force has continued under Pochettino, chasing Chelsea all the way with dynamic, purposeful football which produced the best defensive record so far in the division, their best points return in a Premier League campaign and an unbeaten final season at White Hart Lane.

Pulis has a reputation for lifting sides from relegation battles but his West Brom side spent most of the season threatening the European places. Victories such as the 3-0 success over Arsenal secured their joint-best ever Premier League placing of eighth.