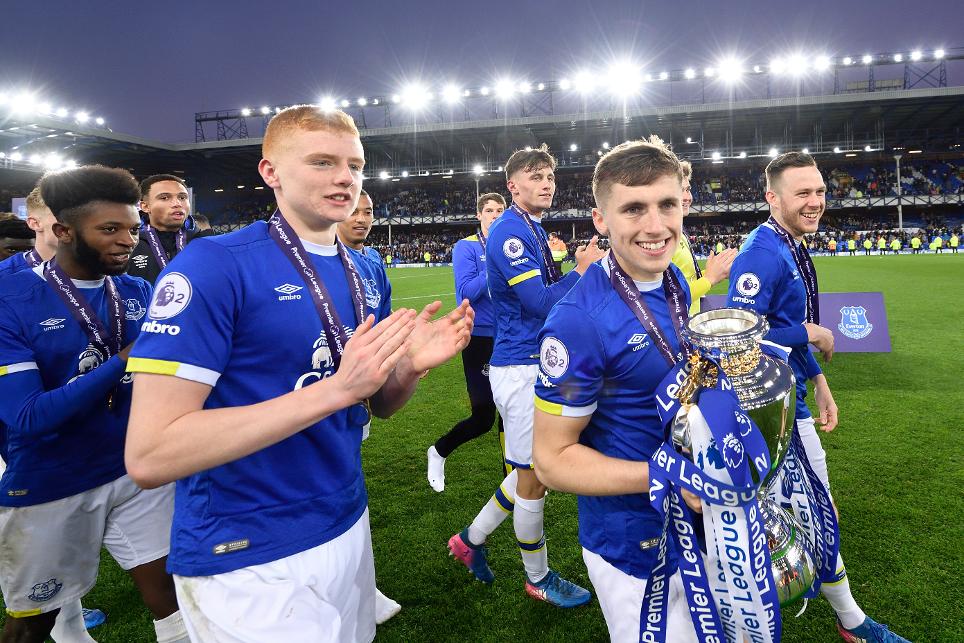 The match against Liverpool ended in a 2-1 defeat but it was a night to celebrate winning the title, which was clinched before the Merseyside derby, with captain Jonjoe Kenny holding the silverware aloft after the full-time whistle.

"It means everything to me, it really does," Unsworth, Everton's PL2 coach, told evertonfc.com. "I can't thank the Evertonians enough for turning out the way they did.

"They've supported us throughout the season and to have that turnout tonight is just incredible. I'm very proud to be an Evertonian."

As well as backing the team on the pitch, the fans in attendance, and those watching Everton's live broadcast online, contributed to Everton in the Community's 'Home Is Where The Heart Is' campaign, which has raised more than £140,000 for young people sleeping rough in Liverpool.