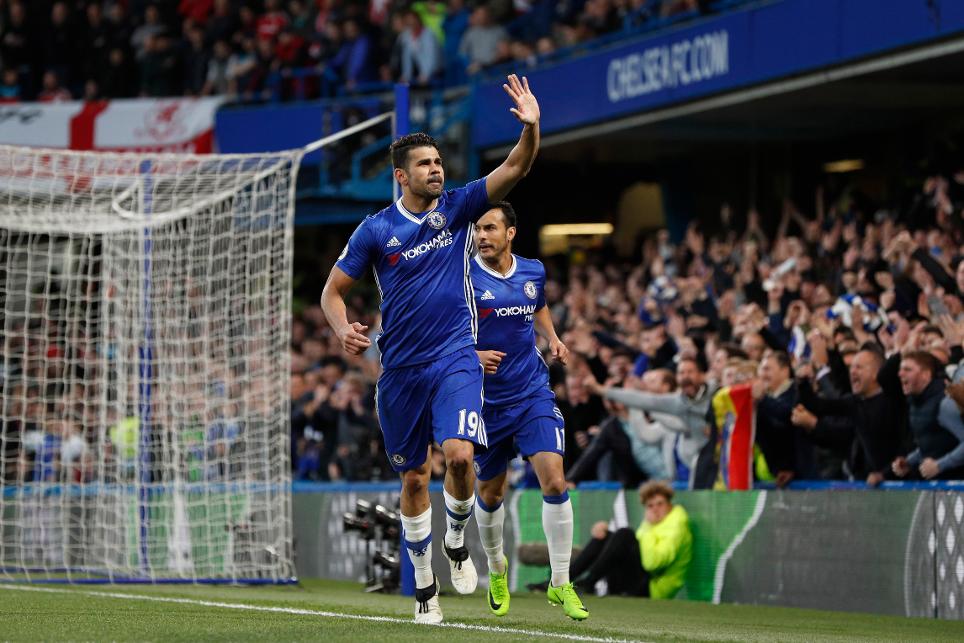 Chelsea are one victory away from claiming their fifth Premier League title after recording a victory over Middlesbrough that relegates Steve Agnew's team.

The home side started strongly and after Marcos Alonso's shot was deflected onto the crossbar by Brad Guzan, Diego Costa prodded the ball home to open the scoring on 23 minutes.

Here's our take on a dominant performance at the Bridge... https://t.co/zErF9MiduH

Alonso added the second 11 minutes later, sliding in to divert the ball in through Guzan's legs after a cross from Cesar Azpilicueta.

Chelsea continued to control the contest after the interval and Nemanja Matic sealed the win with a powerful shot 25 minutes from time.

Antonio Conte's team, seven points clear with three matches left to play, can wrap up the title with a win over West Bromwich Albion in their next match on Friday night.

Middlesbrough, meanwhile, return to the Championship after one season in the top flight.