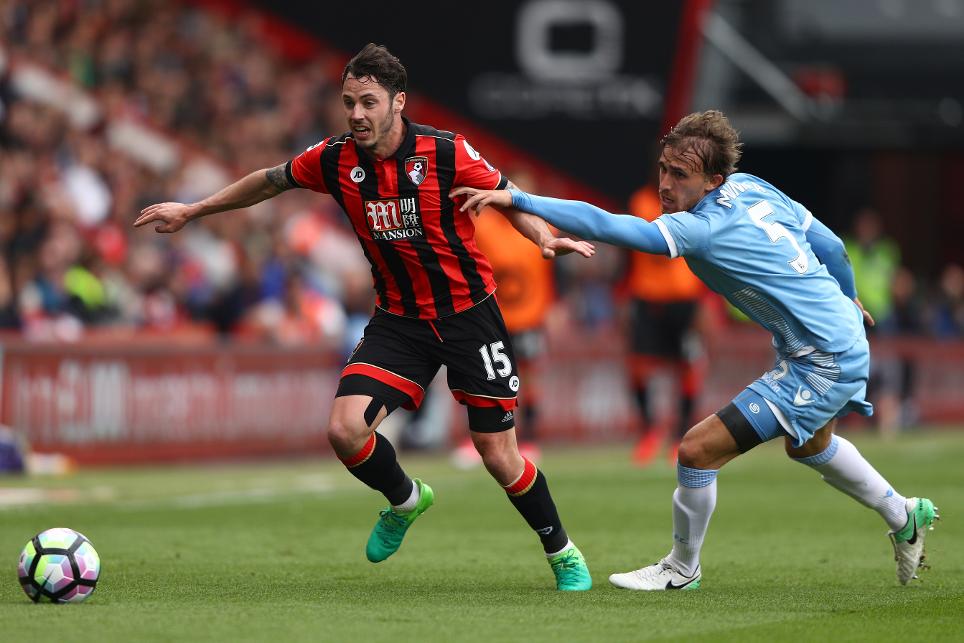 The right-back made six clearances, blocks and interceptions (CBI) and six recoveries in defence while raiding forward to supply two key passes, including the assist for Junior Stanislas' (£4.6m) goal.

Smith scored 30 in the Bonus Points System (BPS), edging out Stanislas and Stoke's Mame Biram Diouf (£5.7m), who both earned 29.

As well as firing AFC Bournemouth's first equaliser, Stanislas completed 83% of his 36 passes in a 71-minute appearance to collect two bonus points.

Now he's looking to prove his worth.

Diouf top scored in the ICT Index at the Vitality Stadium with an overall score of 9.0.

The Senegalese striker recorded the highest Threat score (57), making five touches in the opposition's box – a tally matched only by team-mate Joe Allen (£4.9m) whose two shots both arrived from close-range.

Smith produced the highest Creativity score on show (32) having completed 11 passes in the final third, laying on two chances.

Joshua King's (£6.2m) fortuitous assist for Ryan Shawcross' (£4.9m) own goal ensured that he again produced for his FPL owners.

He has returned points in 11 of his last 15 Gameweeks, scoring 13 goals and supplying two assists in that period.

That kept King on top of the FPL value rankings for midfielders, with 27.3 points per million (ppm) – second only to Burnley goalkeeper Tom Heaton (£5.2m and 28.1 ppm) across the positions.

Smith's contribution again emphasised the value on offer in the Cherries camp.

He has now produced 22 ppm, trailing team-mate Charlie Daniels (£5.2m) in the defender standings but providing a cheaper alternative for the final two Gameweeks.

﻿Eddie Howe's side are one of 10 with just two matches remaining. They welcome Burnley to the south coast next, before making a trip to defending champions Leicester City on the final day.

His two asissts took him to 20 points from his last four Gameweek starts, but testing remaining fixtures against Arsenal and Southampton are likely to deter major FPL investment.