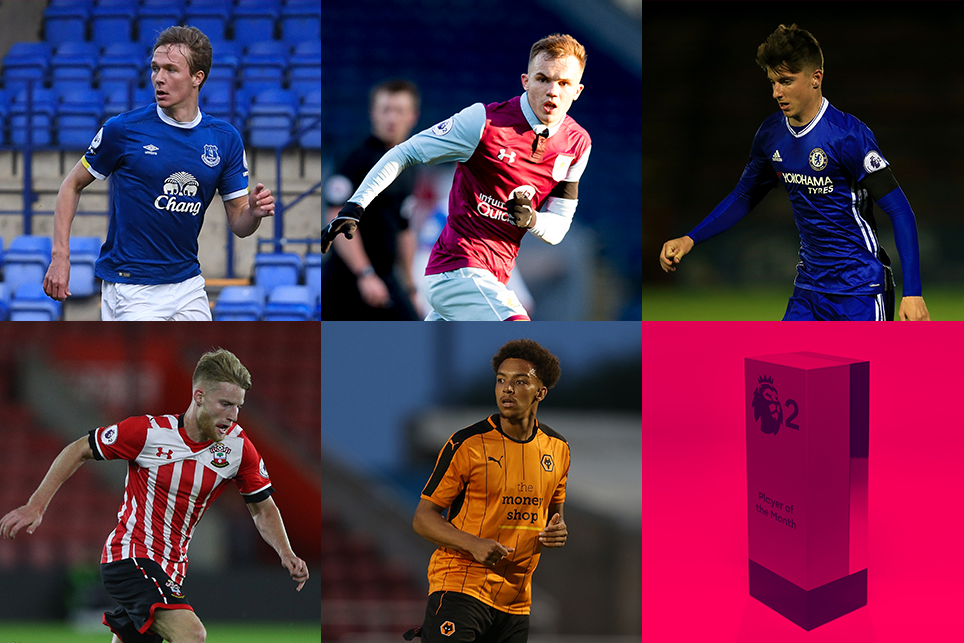 The versatile central midfielder featured in both of his side's PL2 matches as Aston Villa followed up a 2-0 loss to Division 2 champions Swansea City with a draw at Blackburn Rovers.

Sims, who won the award in November, played two Division 1 matches in April with his performances earning the 20-year-old two substitute appearances for Southampton's senior side.

The 19-year-old midfielder scored one goal in two outings in April as David Unsworth's side were confirmed as Division 1 champions.

Mount started both of Chelsea's matches as the Blues defeated Sunderland and drew 2-2 with Everton to make the Toffees temporarily wait for their Division 1 crown.