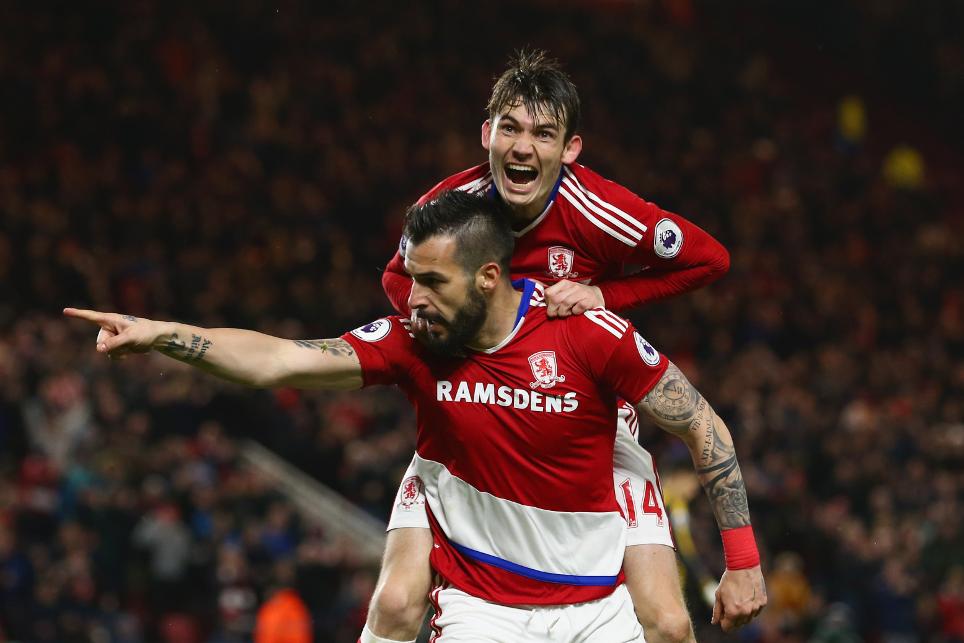 Steve Agnew has singled out Middlesbrough striker Alvaro Negredo for praise ahead of the Monday night trip to Chelsea.

Negredo scored and assisted against Manchester City last weekend and Agnew, the head coach, believes the Spaniard has benefited from getting more chances of late.

Steve Agnew looks ahead to tomorrow's trip to Stamford Bridge to face @ChelseaFC...

“Alvaro’s been a pleasure to work with,” Agnew told mfc.co.uk. “We’ve provided him with more opportunities, but he’s stayed connected with the team when we’ve been defending spells in the game.

“We’ve shown different ways and ideas of how to become more of a threat, and he’s been a massive part of some really good performances in recent weeks.”