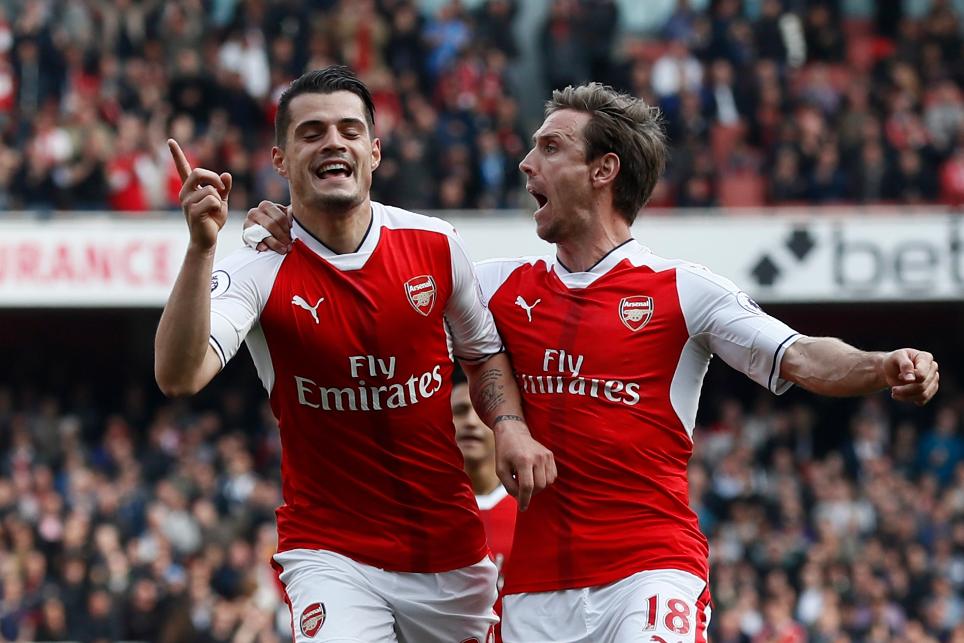 A goalless first half had a number of chances, most notably a good save by David De Gea from Aaron Ramsey and Petr Cech denying Wayne Rooney, but the match came to life nine minutes after half-time.

United threatened most through Rooney, who had two shots go close in the final 15 minutes.

Arsene Wenger’s first Premier League win over Jose Mourinho brought Arsenal to within two points of United, in fifth, with a match in hand, but still six points off the top four.