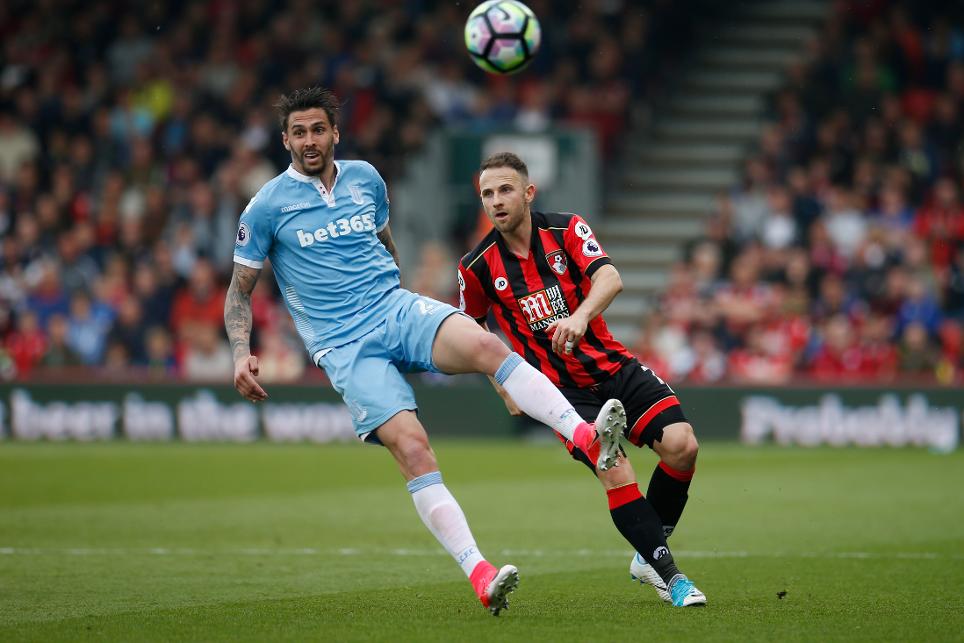 AFC Bournemouth and Stoke City shared the points in a thrilling match that featured two own goals at the Vitality Stadium.

Stoke went ahead after 33 minutes, when Lys Mousset, on his first Premier League start, headed Marko Arnautovic’s corner into his own net.

It was all level after 62 minutes. Adam Smith's cross was dummied by Joshua King for Junior Stanislas to fire beyond Jack Butland.

Mark Hughes's side led again courtesy of Mame Biram Diouf, who scuffed in his first goal of the season.

Stoke's hopes of a first away win since January ended on 81 minutes when King's header hit Ryan Shawcross and went in.

AFC Bournemouth are 10th on 42 points, while Stoke are 13th, a point back.