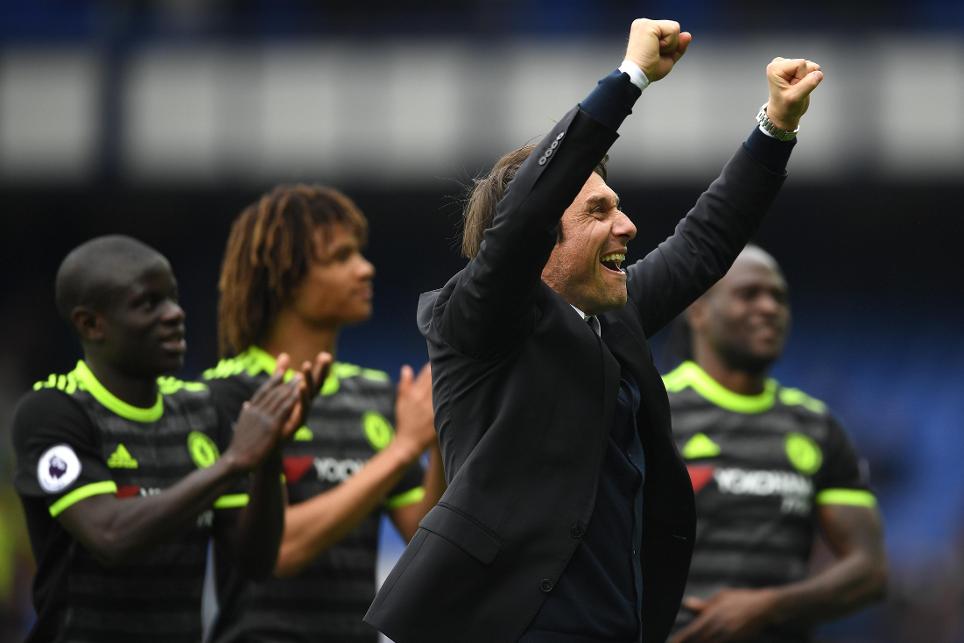 Conference Call: Linking up on and off the pitch External Link

Alan Shearer says the experience of Antonio Conte and his Chelsea team in having been in title races before will stand them in good stead as they compete with Tottenham Hotspur for the Premier League Trophy.

Chelsea overcame potentially their hardest fixture in the run-in, beating Everton 3-0 at Goodison Park, only for Spurs to keep the Blues’ lead to four points, winning 2-0 against Arsenal on Sunday.

But Conte’s experience winning titles as Juventus coach and that of the players at Chelsea, who were champions in 2014, will be important, says Shearer, as they showed at Goodison.

“You can’t underestimate the importance of experience,” Shearer, a Premier League champion in 1994/95 with Blackburn Rovers, said. “It’s the time of the season when that is very handy.

“Don’t panic and have the belief that things will turn and they showed that today [v Everton].”

As well as a four-point advantage, meaning Chelsea must drop points twice, of the leaders' four remaining matches, three are at home and all of them against teams in the bottom half of the table: Middlesbrough, Watford and relegated Sunderland.

Their toughest fixture on paper is the trip to The Hawthorns on 12 May.

Spurs, in contrast, have three of their final four matches away from White Hart Lane.

They must first negotiate a London derby at West Ham United before their final match at the Lane, hosting Manchester United, who are in the middle of an unbeaten run of 25 matches.

They then travel to a resurgent Leicester City before facing a Hull City side who could still be needing a result to avoid relegation and who have not lost at home under Marco Silva.