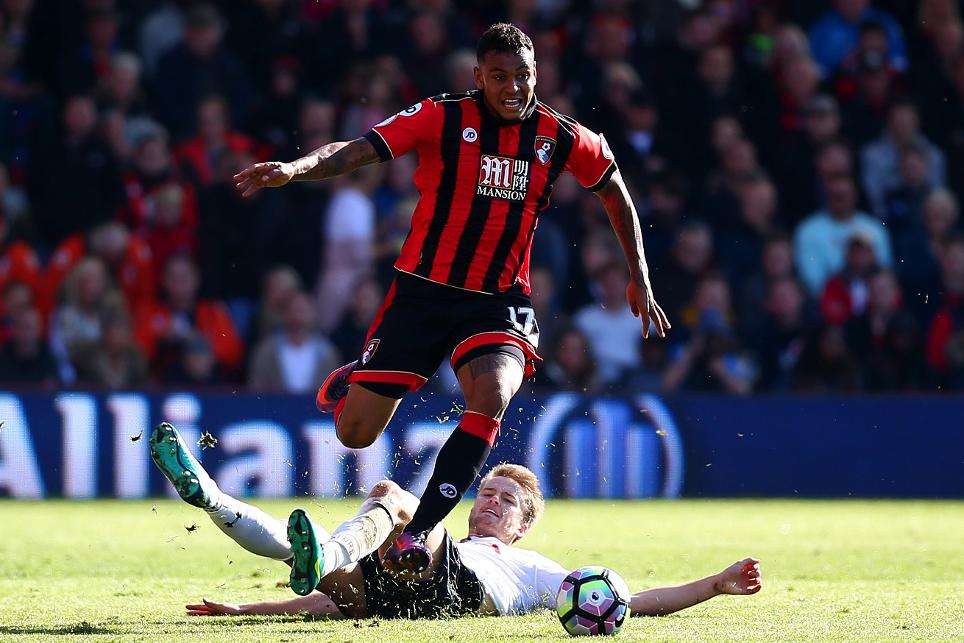 The Gameweek 35 XI comes in £6.2m under budget as The Scout backs Fantasy differentials to deliver

Team news: Who's available for Sunderland trip? External Link
FPL Show: 'Get me in, I'm a bargain!'

With 90 points gained from our Gameweek 34 side, the onus is on this week's selection to maintain such lofty standards.

We have turned to an in-form AFC Bournemouth duo and a Stoke City midfield differential to provide firepower, coming in £6.2m under budget but with a line-up equipped to provide another big Fantasy Premier League return.

A former Fantasy favourite returns to the select XI having regained his starting role in the Gameweek 34 defeat at Swansea City. Butland made four saves at the Liberty Stadium, registering a stop every 27.3 minutes - more frequently than any other regular FPL starter last season. A first clean sheet of the campaign could be on the cards against visitors West Ham United on Saturday.

📝 Mark Hughes has confirmed that @JackButland_One will continue in goal against @WestHamUtd tomorrow afternoon ⬇️https://t.co/o1XsYukZ9B

With three clean sheets from their previous five at Selhurst Park, we are again looking to Sam Allardyce's defence ahead of the visit of Burnley. The Clarets arrive in south London with 10 goals from 16 away trips - only Hull City have scored fewer. Since claiming a start in Gameweek 31, Kelly has had more shots in the box (two) than any other Eagles defender and is a steal at just £4.2m.

The forward-thinking full-back makes the cut on the back of a 14-point return in Gameweek 34. His attacking raids could be prominent again at the Stadium of Light, with hosts Sunderland desperately seeking goals and potentially leaving gaps for the former winger to exploit.

Seemingly settled alongside the impressive Eric Bailly (£5.5m) in Jose Mourinho's defence, the Dutchman equalled Daniels as the top-scoring defender from Gameweek 34. With Manchester United unbeaten in their last 15 at home and with four successive clean sheets overall, we are backing Blind for further returns ahead of Swansea City's visit.

With six goals and two assists in his last nine Gameweek appearances, the Belgian has closed the gap on Arsenal's Alexis Sanchez (£11.5m) at the top of the FPL midfield rankings. He is set to be the key man again as Chelsea look to overcome the threat of Everton at Goodison Park.

An almost essential FPL purchase in 2017, King has fired 11 goals in his last 13 appearances with only Harry Kane (£11.6m and 12) and Romelu Lukaku (£10.5m and 14) outscoring him in the calendar year. That record gives us confidence ahead of a meeting with a Sunderland defence that has kept a single clean sheet at home.

The Austrian tops the Stoke City ranks for both shots (40) and chances created (43) over the season and has a history of punishing sides at the bet365 Stadium. Arnautovic returned 12 points in his previous home match against Hull City, while he produced a 16-point haul against Middlesbrough in Gameweek 27. He will pose a threat to visitors West Ham United on Saturday.

Choosing between Jurgen Klopp's two Brazilians proved troublesome, but Firmino's 5.3 points per match (ppm) eventually swung it over compatriot Philippe Coutinho (£8.6m and 5.1 ppm). He has two goals in his last three Gameweek appearances and tops the Liverpool ranks for both shots on target (42) and chances created (72) ahead of his visit to Vicarage Road.

The Italian striker will be heavily backed heading into Southampton's forthcoming Double Gameweeks, but has an early opportunity to show his worth when Hull City visit St Mary's Stadium. The Tigers have conceded 41 goals on their travels - the most in the Premier League - while Gabbiadini has fired six goals from seven appearances in all competitions.

With goals in his last four north London derbies and 14 from his previous 12 home matches, Kane looks an irresistible proposition ahead of Arsenal's visit to White Hart Lane. With the best points per match average (6.8m) of any outfield FPL asset, Kane claims our Gameweek 35 captaincy.

Having struck five goals in his last six outings, including a 14-point return in Gameweek 34, the Belgian retains his place in our line-up. Although Benteke has netted only three of his 14 goals at Selhurst Park this season, visitors Burnley have faced more shots (343) and shots on target (115) than any side on their travels in 2016/17.