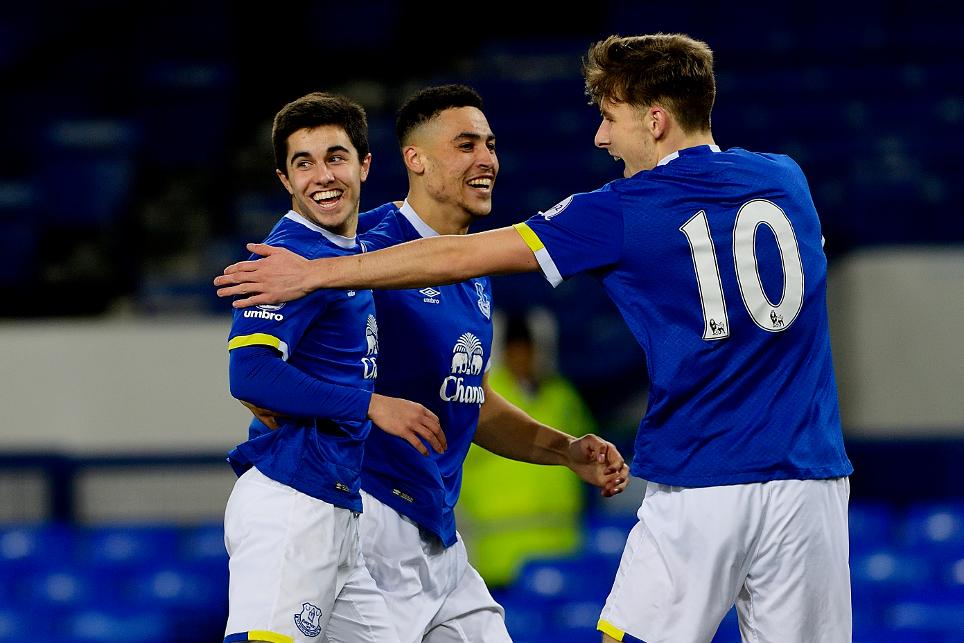 Everton are the 2016/17 Premier League 2 champions after Manchester City lost to Liverpool on Monday night.

City had to beat Liverpool to stop David Unsworth's team, who were six points ahead, but lost 3-2 at Prenton Park thanks to a stoppage-time Matty Virtue goal.

Everton will receive the PL2 trophy when they host Liverpool on Monday 8 May.

Elsewhere in PL2, West Ham United sealed a promotion play-off place in Division 2 after a 4-0 win at West Bromwich Albion sent them above Blackburn Rovers, who drew 0-0 with Aston Villa, into fifth.

West Ham will travel to Wolverhampton Wanderers in the one-off semi-final, while Fulham, who stayed in fourth despite losing 4-1 to Wolves, will go to Newcastle United.

Past champions (*U21 Premier League)