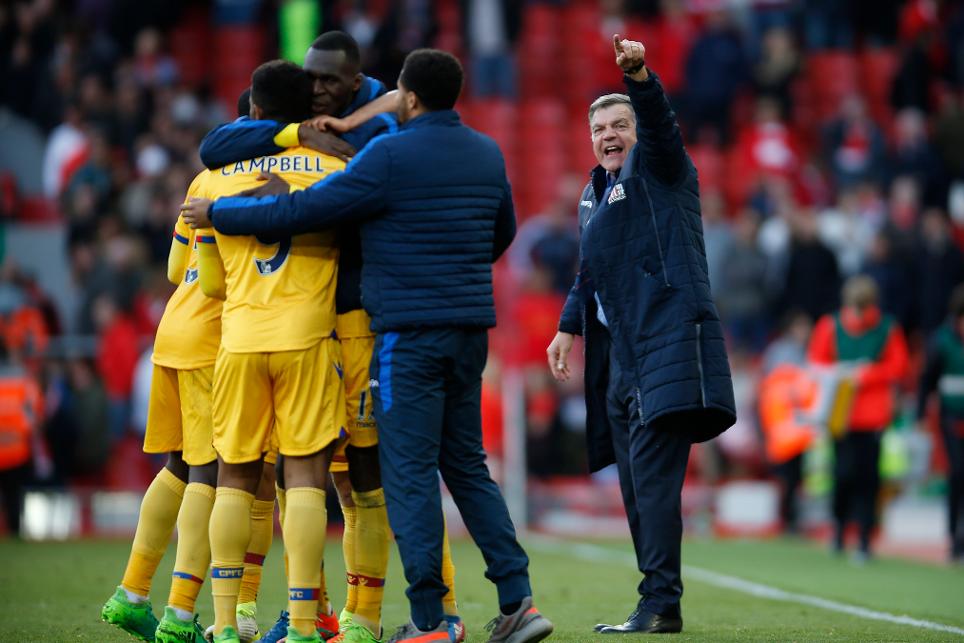 How The World Reacted To Liverpool Win External Link

Phil Neville believes that no team in the Premier League are playing better than Crystal Palace at the moment.

The former Manchester United and Everton defender was impressed by Sam Allardyce's side claiming their sixth victory in eight Premier League matches with a 2-1 win over Liverpool at Anfield, thanks to two goals from Christian Benteke.

"We've said all season that Palace have unbelievable talent but haven't shown it for large parts," Neville said. "But all of a sudden they have just come alive and Sam won't want the season to end because his team are playing as good as anyone in the league."