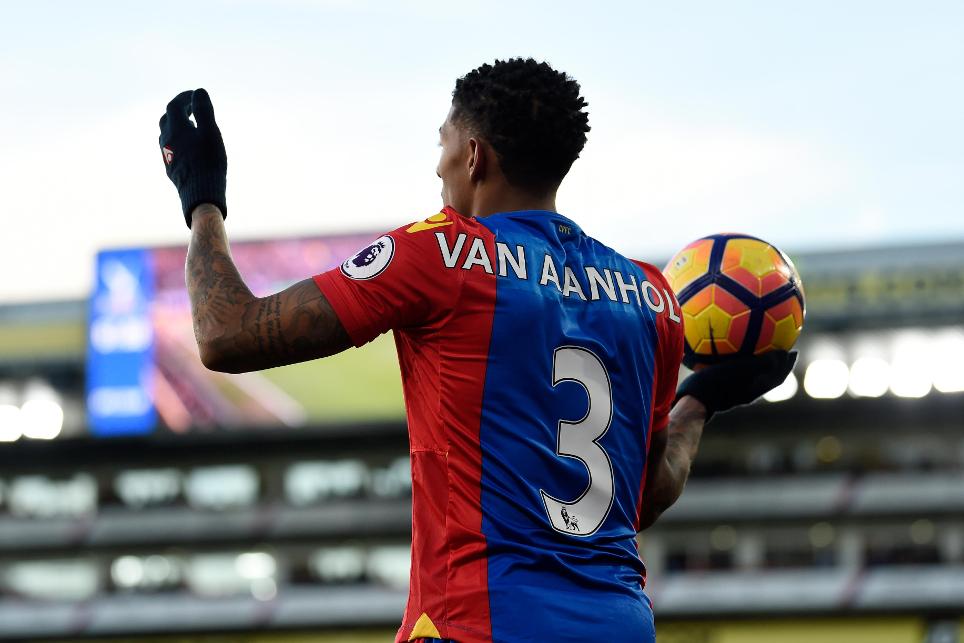 No FPL defender can better Crystal Palace left-back's 12 shots on target, despite recent spell on the sidelines

Toure: Wilf Will Be The Next Drogba External Link
Negredo ideal for third striker slot
Lingard now a value option at Man Utd

Back in contention following an ankle injury, the return of Patrick van Aanholt (£4.9m) is perfectly timed for Fantasy Premier League managers ahead of Crystal Palace's Double Gameweek.

Introduced as a substitute in Saturday's 2-2 draw with Leicester City, the left-back looks poised to earn a recall for Sunday's trip to Liverpool, before a home match against Tottenham Hotspur rounds off the Eagles’ Gameweek 34 schedule.

After joining from Sunderland in January and prior to his injury setback, Van Aanholt averaged an impressive 5.8 points per match in five Gameweek starts for Palace.

That included a 15-point haul in the 1-0 victory over Middlesbrough in Gameweek 26, the Dutchman scoring for the fourth time this term.

Among FPL defenders, he ranks third for shots over the campaign, with 29, while only Chelsea's Marcos Alonso can match his 12 shots on target.

Although Van Aanholt has provided only a single assist, he totalled nine over the previous two campaigns.

The underlying statistics also highlight points potential in this area. Only four FPL defenders have created more chances than the left-back's 33.

Palace head into Gameweek 34 with confidence, having won four of their last six matches, scoring eight goals in the previous four.

Sam Allardyce’s side will also be seeking a third consecutive win at Anfield, having claimed 2-1 and 3-1 victories in their previous two visits.

While Palace will struggle to silence the Liverpool and Spurs attacks, they still have a pair of favourable home matches to come.

Those two sides have scored just nine and 10 goals respectively away from home and, with Palace keeping clean sheets in three of their last four home encounters, those two fixtures promise further shutouts.

Van Aanholt has the platform to end the season with a flourish.

Found in 3.6% of squads, the Dutchman can provide his FPL owners with a rare twin threat – combining potent attacking promise with the prospect of further defensive points.