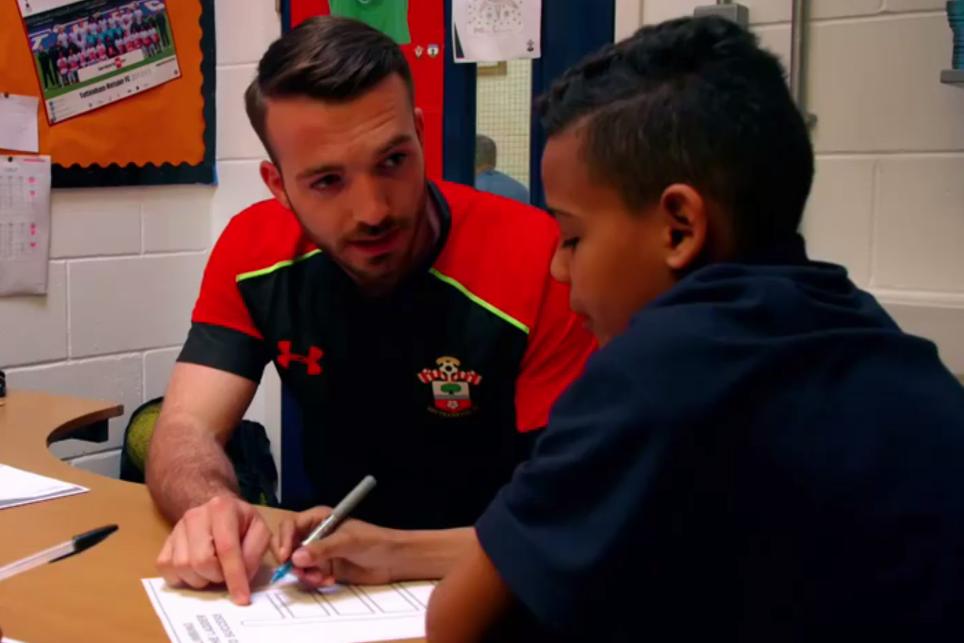 The work of the Premier League and its clubs in primary schools through PL Primary Stars has been well-documented of late.

But many clubs also work in secondary schools in their local communities and Southampton have been doing so through their Community Champions programme.

Saints Foundation, the club’s charitable arm, created Community Champions to strengthen partnerships with six secondary schools in the city with the aim to help young people who find it difficult to engage within a traditional school environment.

At each of those schools a full-time Saints Foundation project officer, or Community Champion, builds a rapport with students who have been identified by the school and other external agencies.

Saints Foundation's Ben Kemplen, working at Redbridge Community School, said in the BBC’s Match of the Day Community feature: “A lot of what we're trying to do is improve the confidence and help these students fulfil their potential.

“I understand we're not going to change the lives of every single kid in the school, but if it's just a few - their attendance improves or they're coming into school with a smile on their face - it's little things that go a long way in the work we're doing here.”

So far 73 young people have participated in mentoring sessions offered by the Community Champions, receiving help for low self-esteem, behavioural issues, poor attendance and attainment as well as bullying.

Woodlands Community College is another of the schools to benefit from the programme, with Ben Keens, the Saints Foundation Community Champion there, saying: “We were struggling to get numbers in some of the projects we run.

"Now that's shot up, and that's only going to help students improve, not just physically with their ability, but socially as well.”

“Football can be used as a tool that they'll listen too," he said. "If that can be translated into their education as well, that's a very good thing.”