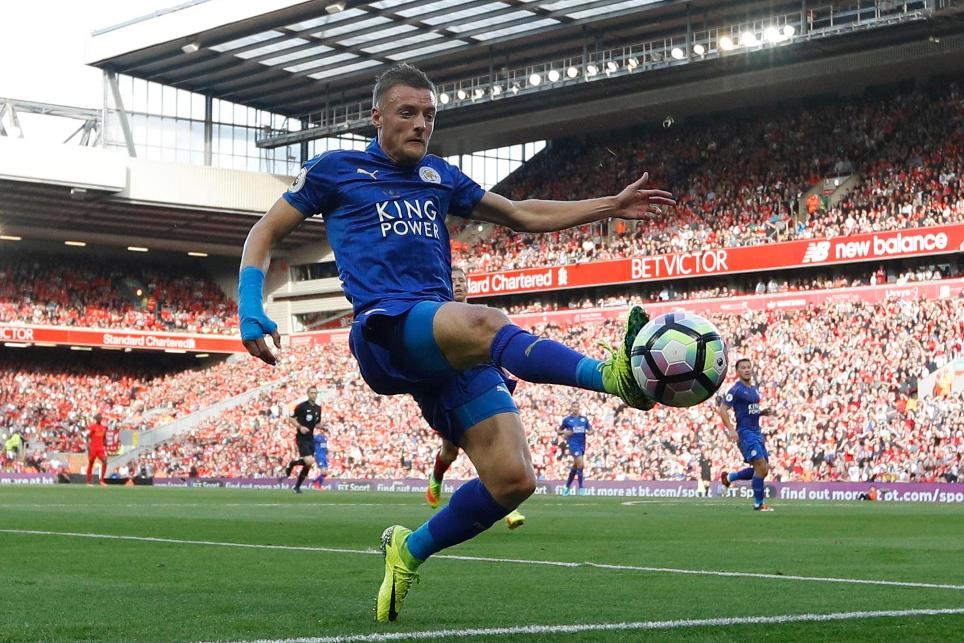 The result ensures that next week's second leg is finely balanced, with the Foxes hosting the return fixture on Tuesday 18 April.

As that match takes place only three days after this weekend’s trip to Crystal Palace, manager Craig Shakespeare may now opt to rotate his starting line-up against Sam Allardyce’s side, as evidenced by his teamsheet in Sunday's defeat to Everton.

Vardy will be the big worry for FPL managers.

Handed 60 minutes against the Toffees, his 16.3% FPL owners are already showing concern – he is the second most sold forward in the Gameweek, with 33,000+ parting company.

Captain Wes Morgan (£4.7m) could remain sidelined with his ongoing back problem, though Robert Huth (£4.9m) looks certain to retain a starting role at Palace. The Germany international was booked on Wednesday and is suspended for the return leg against Atletico Madrid.

Second only to Tottenham Hotspur’s Son Heung-min (£7.1m) for transfers in among FPL midfielders, Zaha has earned more than 71,000 new owners ahead of the weekend after producing two goals and three assists in his last five Gameweeks.

Meanwhile, with two goals and an assist in his previous three outings, Benteke is the third-most bought FPL forward since Saturday's deadline.

As one of only three sides along with Manchester United and Middlesbrough to play twice in Gameweek 34, interest in the Eagles is on the rise.

Although they face Liverpool and Tottenham Hotspur in Gameweek 34, Allardyce’s men approach this period in fine form, having won five of their last six matches, including victories over Chelsea and Arsenal.

With a home encounter against Burnley in Gameweek 35, short-term investment in Palace’s key assets looks set to pay off.