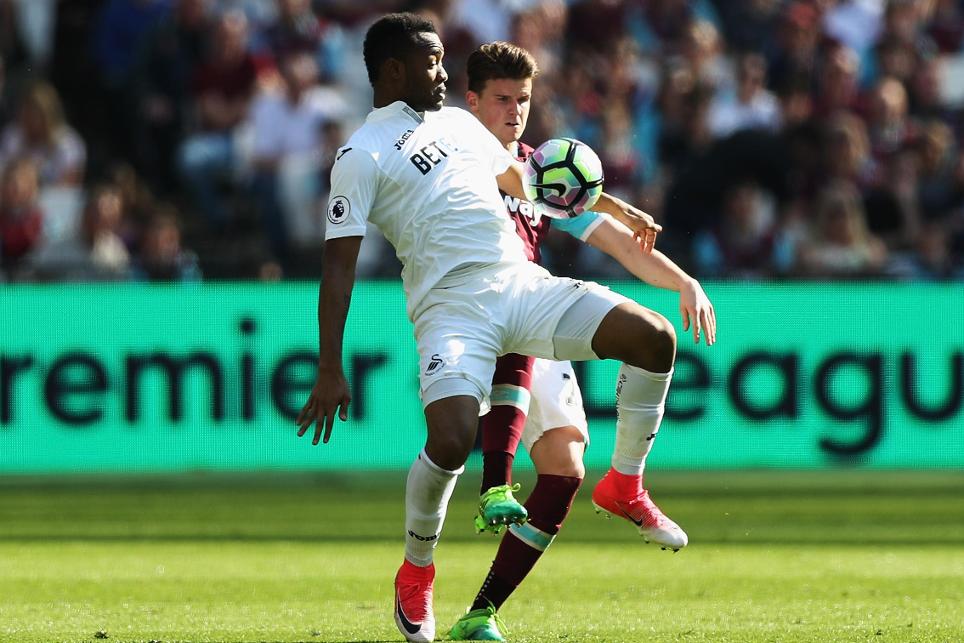 Routledge: It's time to show our steel External Link

While playing football on the streets of Ghana during his childhood, Swansea City's Jordan Ayew has revealed that he always wished he would one day make it to the English top flight.

“I have always watched the Premier League," the 25-year-old told swanseacity.net. "When I was growing up in Ghana it was always my dream to play here."

In an exclusive interview Ayew also sheds light on the influence his brother, Andre, now of West Ham United, has had on his career.

“I spoke to my brother and he told me to come here," he says of his transfer from Aston Villa to Swansea City.

“When Andre was playing here, I was here every week. I was always laughing at my brother because in Swansea it was always raining. A year later, I am here!"

See: 'I was about to go back to France'