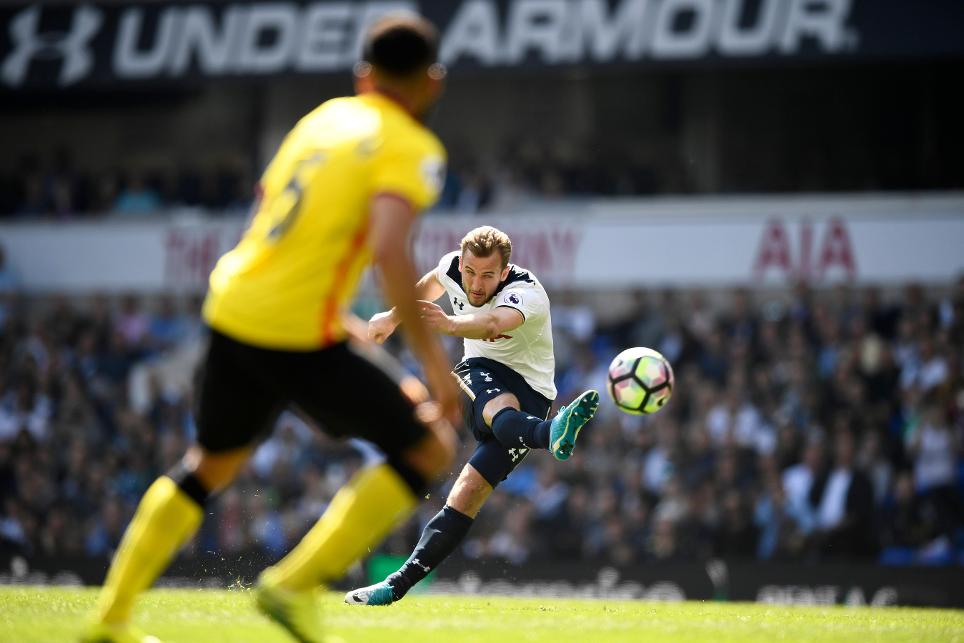 Found in only 10.4% of squads, The Scout advises FPL managers to act quick and reap Spurs striker's rewards

After recovering from an ankle injury for Saturday’s 4-0 win over Watford, the lure of a favourable home fixture against AFC Bournemouth brings Harry Kane (£11.3m) back into the plans of Fantasy Premier League managers.

In his last four Gameweek starts at White Hart Lane, the Tottenham Hotspur forward has produced nine goals and an assist, making him a prime contender for the captain’s armband this weekend.

Kane is expected to figure in the Spurs starting line-up in Saturday's early kick-off.

He has scored five goals in his last two appearances against the Cherries, with Eddie Howe's side appearing to provide the perfect platform for a further haul.

Over the last six Gameweeks, they have allowed more shots (95) than any other side and rank second only to Sunderland for shots on target conceded (32 to 37).

Following a three Gameweek absence, Kane is currently part of only 10.4% of FPL squads, making him a powerful differential.

He returns to a side full of confidence and goals, with Spurs extending their winning streak to six matches with the Watford victory.

They have scored seven goals in the three fixtures without Kane, as Dele Alli (£9.2m), Christian Eriksen (£8.8m) and Son Heung-min (£7.1m) have all impressed in his absence.

👉 @trippier2 wins it and we play our way out brilliantly before a sublime finish! 👍 pic.twitter.com/4VaVjpCBZc

But while that midfield trio have enjoyed strong recent form, Kane’s prospects, which are boosted by penalty-kick duties, look difficult to ignore.

The striker has inflicted the most damage at White Hart Lane this season, recording five of his six double-figure scores in home matches.

Kane’s 29 shots on target betters any other FPL forward on home turf, while he has also averaged an impressive 4.2 shots per match.

That compares favourably with Everton’s Romelu Lukaku (£10.4m) – his big rival for the Gameweek 33 captaincy and the Golden Boot.

The Toffees striker averages 3.2 shots per match at home, having scored in each of his last seven Goodison Park appearances, firing 12 goals.

This weekend’s match against AFC Bournemouth is one of four of Spurs’ final seven matches to score only two in the Fixture Difficulty Rankings (FDR).

Kane will also benefit from two matches in Gameweek 37 – hosting Manchester United before making the trip to Leicester City.

Having averaged 6.7 points per match - more than any other FPL forward - he looks poised for a strong finish to the campaign as he bids to chase down Lukaku.

FPL managers hoping to gain ground over the final Gameweeks would do well to act quickly and embrace Kane's undoubted potential.