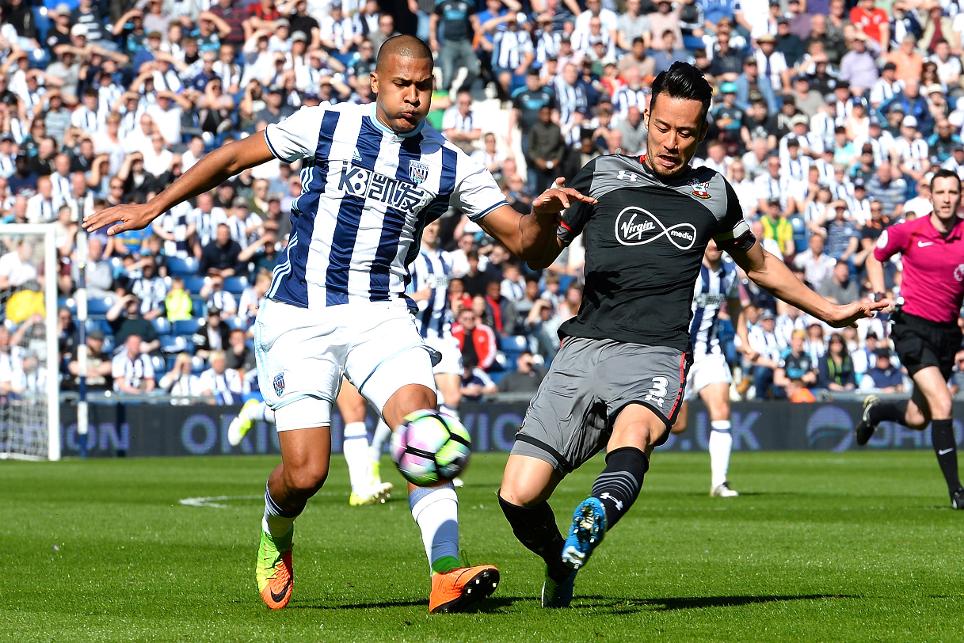 A Jordy Clasie (£4.6m) strike was enough to earn Southampton a 1-0 victory over West Bromwich Albion, with the Dutchman one of three players to share maximum Fantasy Premier League bonus points at The Hawthorns.

Saints centre-backs Maya Yoshida (£4.3m) and Jack Stephens (£4.1m) were the other two players to finish on 33 BPS, claiming three bonus points each.

Yoshida produced a huge 18 clearances, blocks and interceptions (CBI), while Stephens made 12 recoveries and 11 CBI, along with two successful tackles.

Dusan Tadic (£7.0m) provided the assist for Southampton's winner and topped the ICT Index with a score of 11.6.

For West Bromwich Albion, Salomon Rondon (£6.4m) led the way with an Index total of 10.5 after being recalled in place of Hal Robson-Kanu (£5.0m) in attack.

The forward produced six shots to finish with a Threat tally of 87 – the highest of Gameweek 32 ahead of this evening's final match between Crystal Palace and Arsenal.

Seemingly established as the leader in the Saints’ backline in the absence of Virgil van Dijk (£5.6m), the Japan international has started the last 12 matches and is a key budget option to cover Southampton’s eight matches over the remaining six Gameweeks.

Fellow centre-back Stephens offers an even cheaper option, but the greater goal threat offered by Yoshida is another deciding factor - he has six shots inside the box over the last eight Gameweeks compared with two for Stephens.

After being substituted before the hour-mark for the second successive match, there are growing concerns over Gareth McAuley's (£5.3m) minutes for the season run-in for West Bromwich Albion.

The Baggies have managed one clean sheet in their last eight, while the six-goal McAuley has failed to offer attacking returns in his last six outings.

With West Brom sitting out Gameweek 34, and fixtures against Liverpool, Chelsea and Manchester City to come, McAuley is set to lose ownership ahead of the weekend, having enjoyed growth in nine of his last 10 Gameweeks.