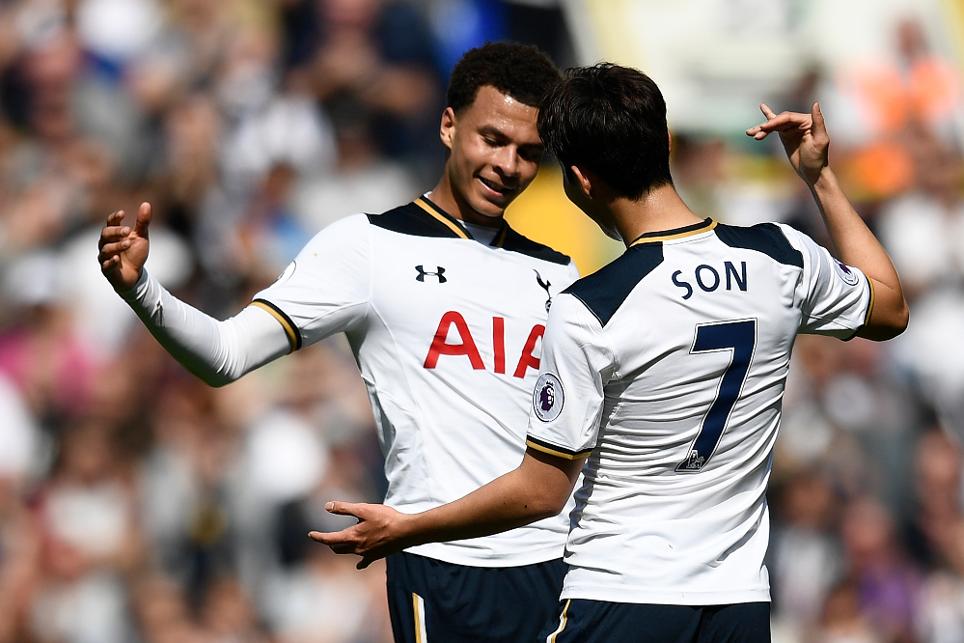 Joy of six for Spurs

The South Korean provided an assist along with his brace of goals to score 51 in the Bonus Points System (BPS), second only to Everton striker Romelu Lukaku (£10.4m and 55) for Gameweek 32 so far.

Starting ahead of the benched Kyle Walker (£6.5m), the right-back laid on Son's second goal as one of two open-play crosses and five key passes.

Anchoring the midfield, Dier also made seven recoveries and won two tackles on his way to a BPS score of 37.

Dele Alli (£9.1m) missed out on the bonus points having been tackled on seven occasions, resulting in a BPS tally of 35.

Son's impressive performance was evident in the ICT Index scores: his overall Index total of 16.4 is the highest on show in Gameweek 32 so far.

Recording the best Threat tally on show (64), Son fired six shots, four from inside the box.

Trippier's assist and four chances created were matched by Christian Eriksen (£8.8m) as the pair top-scored with 51 and 50 for Creativity respectively.

The top transfer target, more than 51,000 have moved for the midfielder since Saturday's deadline.

"Everyone helps each other, everyone is ready for each other."

And yet, despite his form, Son's starting role seems only assured while Mauricio Pochettino retains a back four.

Should the Spurs manager revert to a three-man defence with wing-backs, Son may find it difficult to displace Alli and Eriksen in the attacking roles.

Alli and Eriksen also remain key targets, with the former scoring for the fourth successive home match. The player who turns 21 tomorrow has hit 13 goals in his last 15 Gameweeks.

Meanwhile, Eriksen's assist was his 15th of the season; no FPL asset has provided more.

Harry Kane's (£11.3m) return and appearance from the bench has persuaded more than 35,000 to acquire him. Only Son has earned more new owners ahead of a Gameweek 33 home match with AFC Bournemouth.

That underlines the current scramble for assets in Pochettino's squad, with FPL managers opting to fill all three available Spurs slots.

But it is the attacking options that are the priority, with FPL managers calling time on Walker in defence.

The top-owned FPL defender (35.3%) is the most-sold asset since Saturday (37,000+ sales), having been benched for the second time in three Gameweeks.