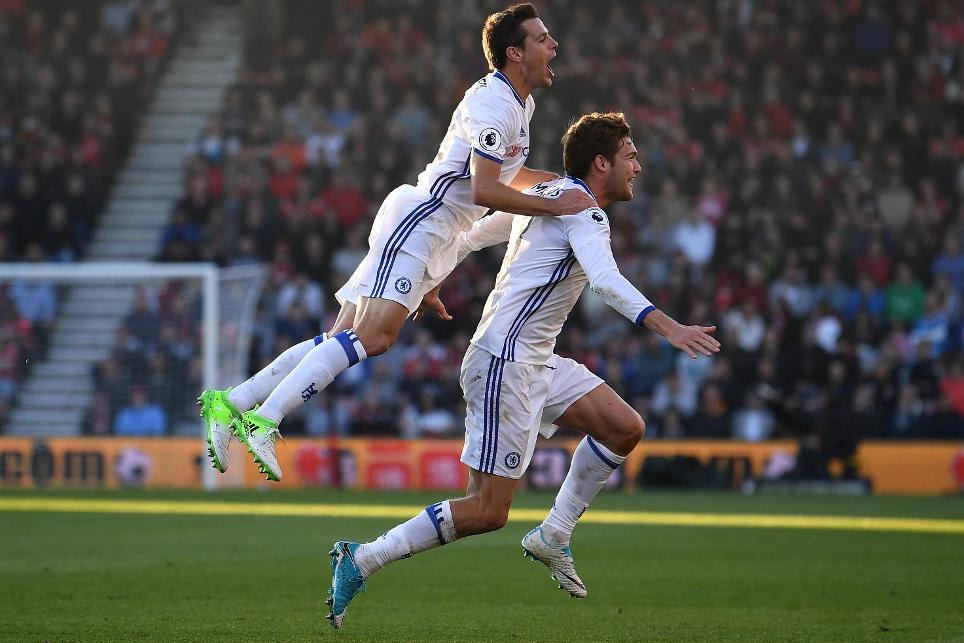 Conference Call: Liking and living with the pressure External Link

Chelsea moved a step closer towards the Premier League title with victory at AFC Bournemouth.

Adam Smith’s own goal, Eden Hazard’s 14th of the season and a Marcos Alonso free-kick restored their seven-point lead over Tottenham Hotspur, who had started the day with a 4-0 win over Watford.

Three minutes later it was 2-0 as Hazard raced on to N’Golo Kante's through-ball and rounded Artur Boruc.

But Chelsea sealed the points thanks to Alonso's free-kick midway through the second half.

The defeat drops AFC Bournemouth to 15th, seven points above the relegation zone.