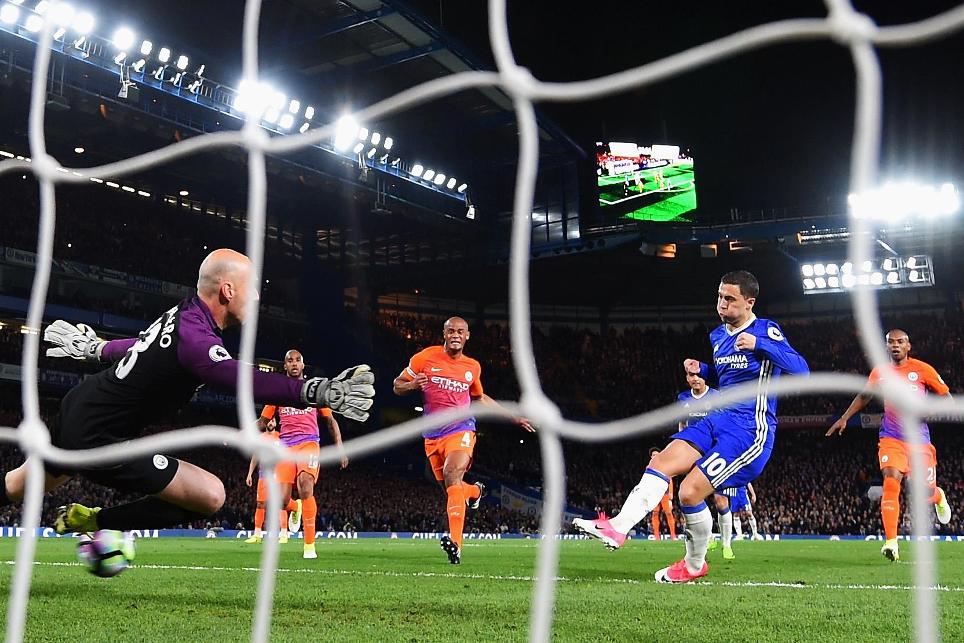 The Belgian scored both goals to record a tally of 43 in the Bonus Points System (BPS). Hazard also completed three dribbles and laid on a trio of key passes in another impressive display.

The visitors picked up the remaining bonus points.

A fourth strike in five Gameweeks, along with two completed dribbles and a key pass, was just enough for Aguero to edge out his team-mate for two additional points.

Meanwhile, Silva supplied six key passes on the night, completing 81% of his 54 attempts. He was, however, tackled on three occasions and committed three fouls, which ultimately dented his BPS total.

Costa two goals in his last eight Gameweek starts and is yet to return more than nine points in a home match.

Costa's ownership is in rapid decline. The Spaniard has suffered more sales than any other "unflagged" asset ahead of Chelsea's Gameweek 32 trip to AFC Bournemouth.

Conversely, Aguero's 22% ownership is on the rise in anticipation of Man City's home meeting with Hull City.

The Argentinian has produced nine goals from his last nine appearances in all competitions and has gained more than 16,000 owners since Tuesday's deadline.

While Aguero is buoyant, there are growing concerns over Raheem Sterling (£7.6m).

Withdrawn at half-time in Gameweek 30, the 11.8%-owned winger started Wednesday's encounter on the bench and was given only 12 minutes of action.