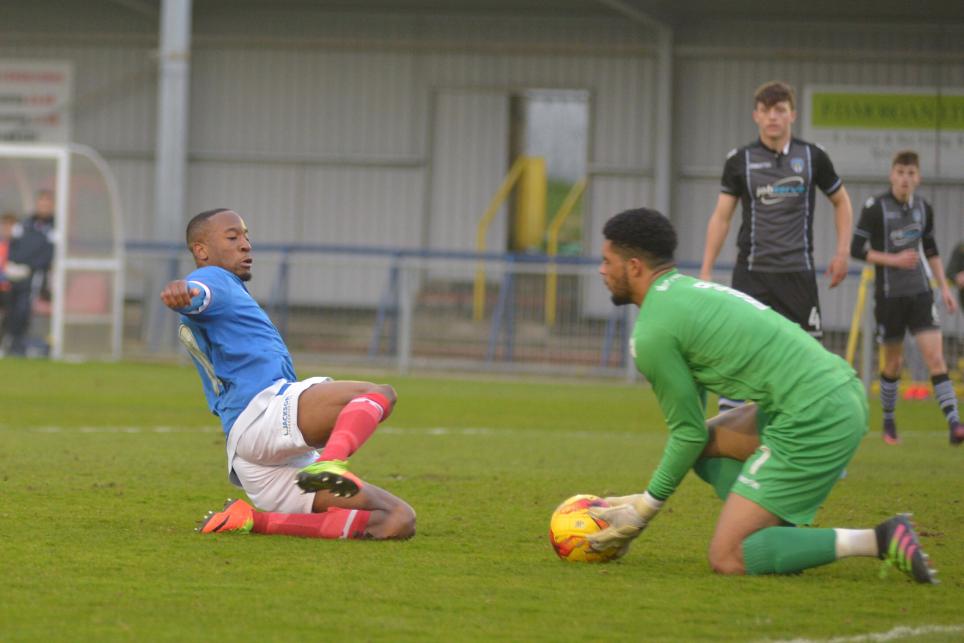 Goals from Nicke Kabamba and Jamal Lowe and Liam O'Brien's penalty save put Portsmouth through to the semi-finals with a 2-0 win over Colchester United at Havant.

With both clubs enjoying magnificent debut campaigns in the competition, O'Brien kept the scores level before the break after diving to his left to deny Tariq Issa from the spot in the 38th minute.

Kabamba broke the deadlock in the 52nd minute after Christian Oxlade-Chamberlain headed the ball into his path and substitute Lowe made the match safe six minutes from time with a solo effort.

Kabamba and Lowe on target as #Pompey Reserves beat Colchester 2-0 to reach the semi-finals of the #PLCup https://t.co/zqI4qMW0EX

Portsmouth join Swansea City, Norwich City and Reading in the PL Cup semi-final draw, which will take place on twitter.com/PLYouth at 2pm BST on Tuesday.