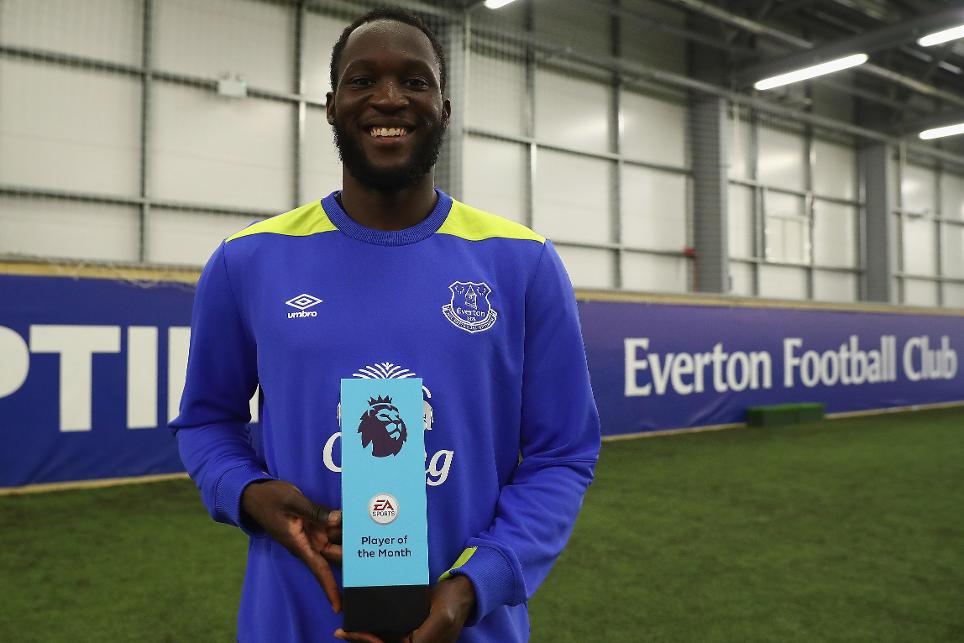 Romelu Lukaku’s four goals in March have earned the Everton striker the EA SPORTS Player of the Month award.

Lukaku received the accolade after moving to the top of the Premier League scoring charts, taking his tally to 21 strikes for the season with three deadly performances.

🏆 | Congratulations, @RomeluLukaku9! The @EASPORTSFIFA Player of the Month for March! #COYB

After netting in a 3-2 defeat at Tottenham Hotspur, the Belgian then scored and assisted in a 3-0 home win over West Bromwich Albion.

He finished March with two goals in a 4-0 triumph over Hull City, making him the first Everton player in history to reach 20 goals in a single Premier League season.

"I'm really happy," Lukaku said. "It gives me another boost. I'm playing well at the minute and the team is doing really well."

Lukaku received the most combined votes from a panel of experts, Premier League captains and fans to claim the prize ahead of five other nominees: Artur Boruc and Joshua King, of AFC Bournemouth, Nathan Redmond of Southampton, Crystal Palace's Mamadou Sakho and Liverpool midfielder Georginio Wijnaldum.