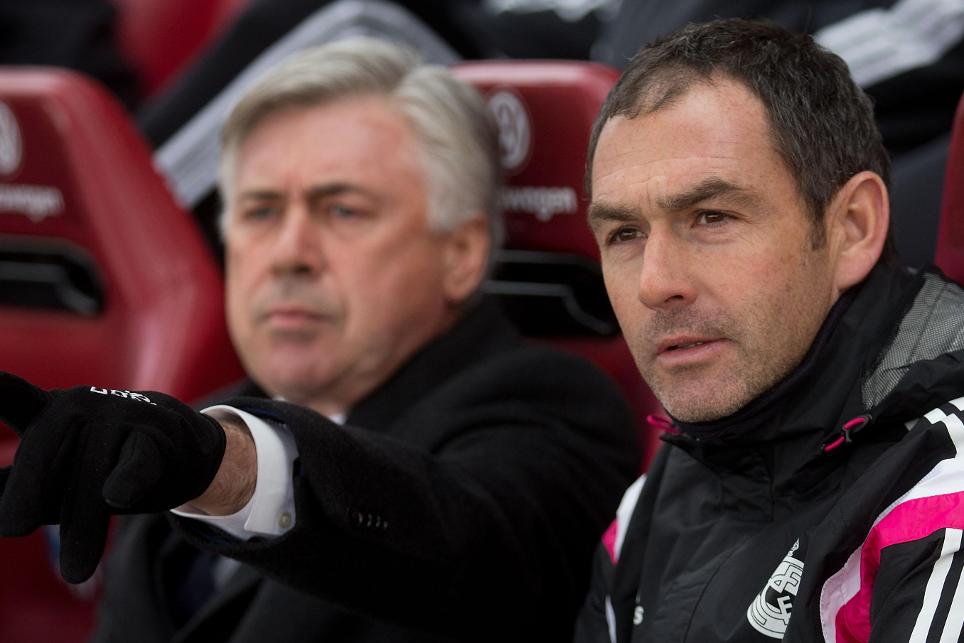 Llorente nominated for goal of the month External Link

Mawson: "I used to sell lychees with my mate. It still feels like yesterday." External Link

Paul Clement says the impact of Carlo Ancelotti has helped to shape his style of management.

The Swansea City head coach, who worked with Ancelotti as an assistant coach at Chelsea, Paris Saint-Germain, Real Madrid and Bayern Munich, has led the team out of the bottom three since being appointed in his first Premier League management role in January.

Ahead of Sunday's match against relegation rivals Middlesbrough he says his way of coaching is in some ways similar to that of the 2009/10 Premier League title winner.

"I saw the way he operated with the players," Clement explains in the video above. "He was the boss, but he was close to them.

"He likes to communicate with the players and that's what I'm like as well."